A well-done manicure does more than just make a woman look good, it makes her feel good, and full of self-confidence. There are few nail designs more dearly loved than the French manicure.

The trademark white stroke along the edge of a short and carefully trimmed nail isn’t going anywhere, but a French manicure has come to envelope so much more than just that. A myriad of designs and colors has arisen, and stylish young ladies now look to a wider variety of shades of red, black, as well as brighter hues. Adding a dash of color here and there is all in this season, and when getting a French, that means not only colorful edges, but the base color as well. In such cases, a vital part is played by choice of color combination, going for contrasts or matches, for instance, mixing a dark edge with an aloe inside, a gold base, or throwing in some pastel tones, maybe even a maroon base, circled with emerald.

Again, the classic dark red or black edges remain timeless and are still on demand, especially in many elite circles.

Here are some of the key types of French manicures trending this year: 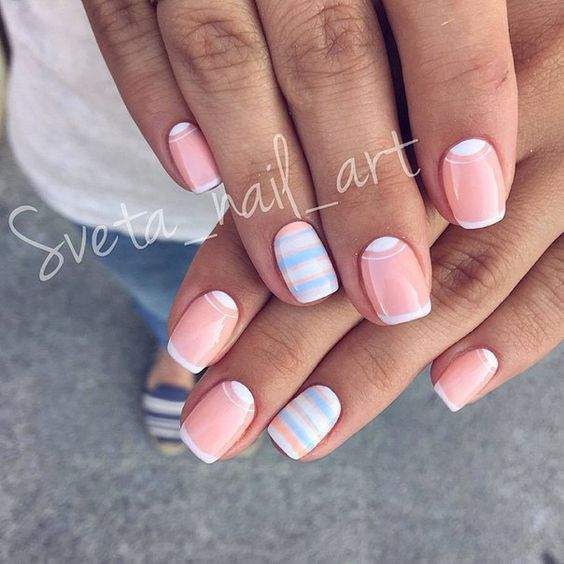 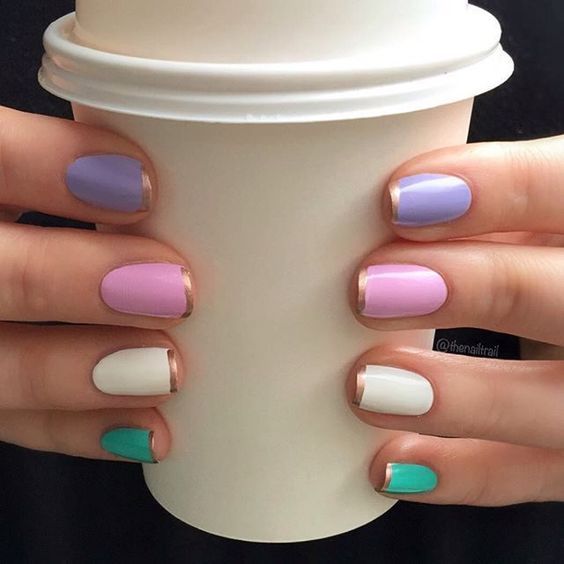 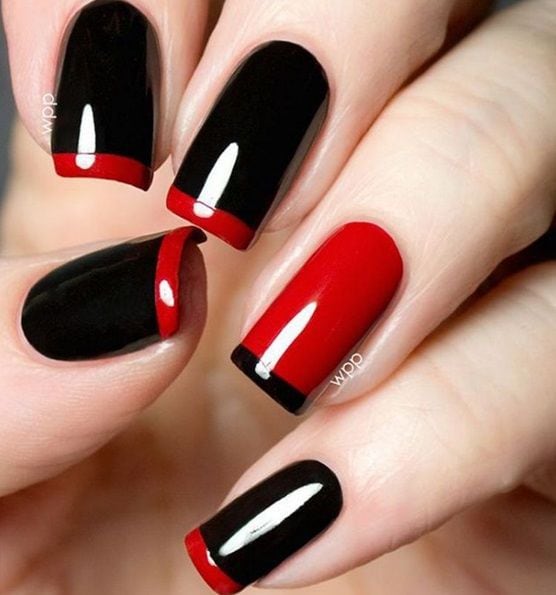 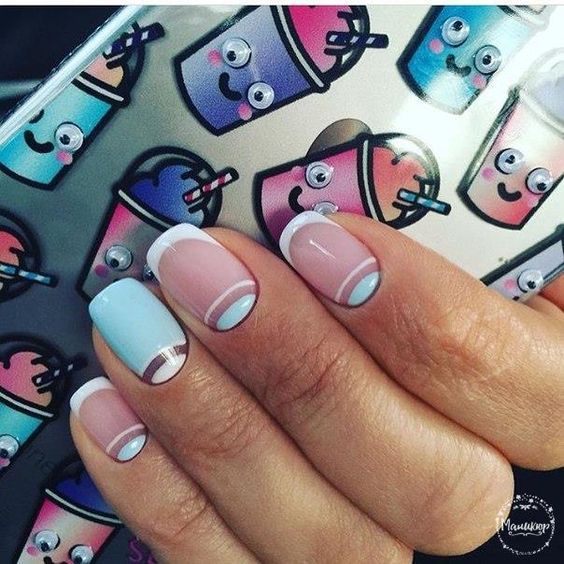 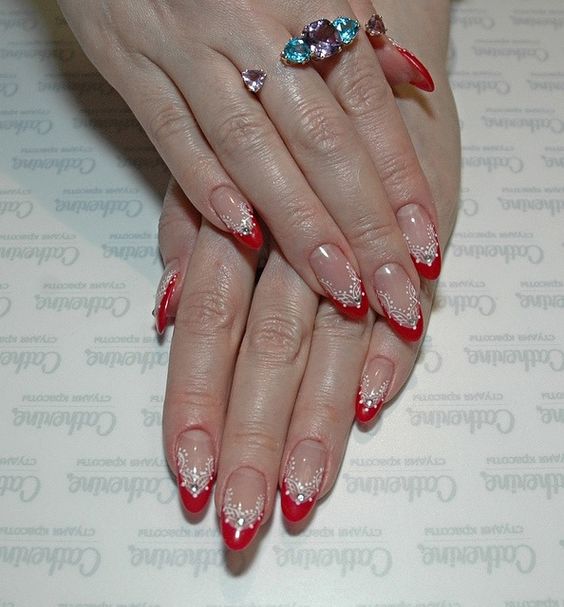 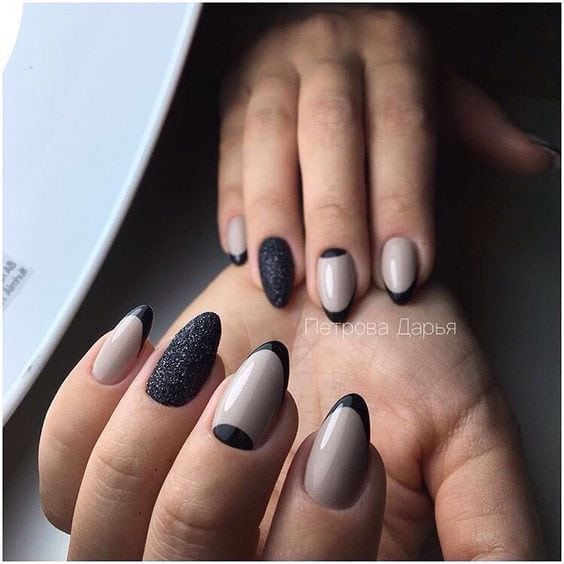 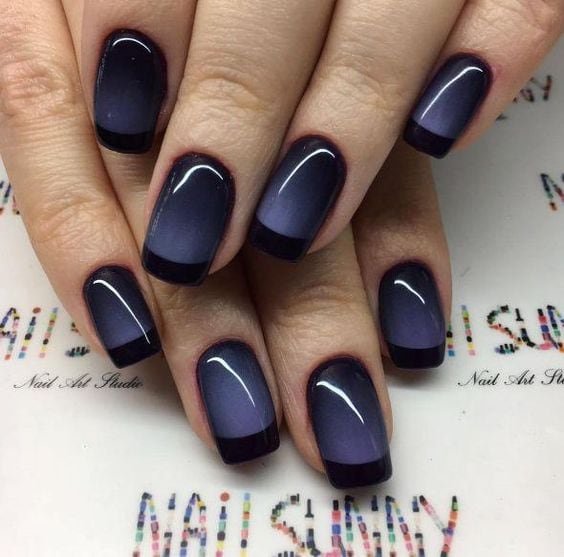 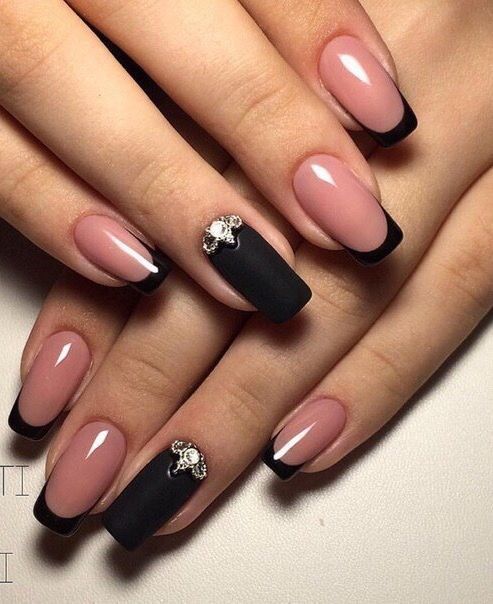 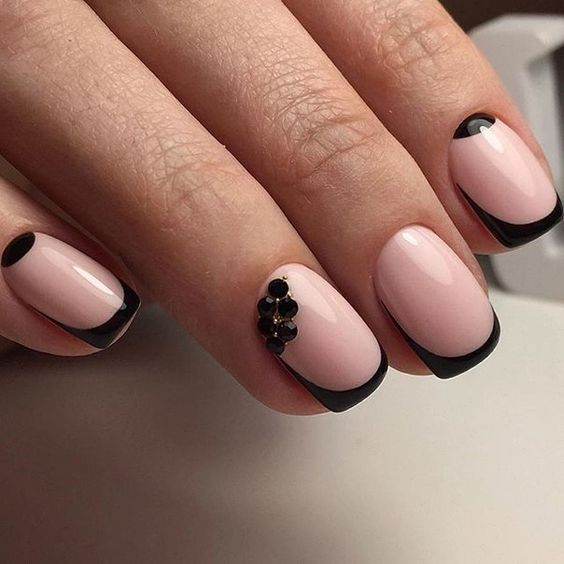 The classic French, which means covering the tips of your nails with white polish, while the rest of the nail is painted with some tint close to your natural skin tone. The process of getting a quality classic French is time-consuming and requires heavy concentration.

Golden glitter. This intentionally gaudy style adds a flair to your style that won’t go unnoticed.

The colored French covers the entire nail, and as of now is popular in shades of red, yellow, emerald, gold, and brown. Another option that we mentioned before, is mixing two colors, one running along the edge, and the other at the base.

The current favorite is the black French, a very unorthodox choice, reaching past all the traditional views on the art. Fun French involves additional components, such as glitter, gems, foil, and other decorator accessories.

There are other methods that deliberately apply alternate techniques, where the classic smile line is traded out for a triangular, a zigzag, or another shape, to give it a certain pizazz.

French with a drawing means that conceptually, a drawing or shape of some type is etched onto the base and key part of the nail.

French lace is a difficult endeavor that involves especially made lace, that is used to recreate lace impressions. 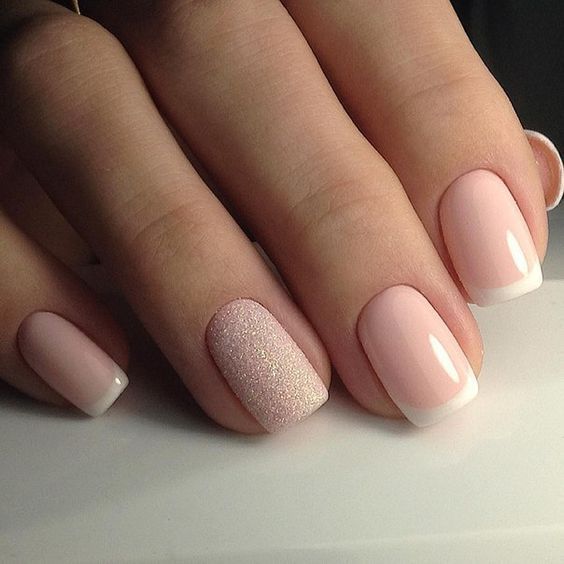 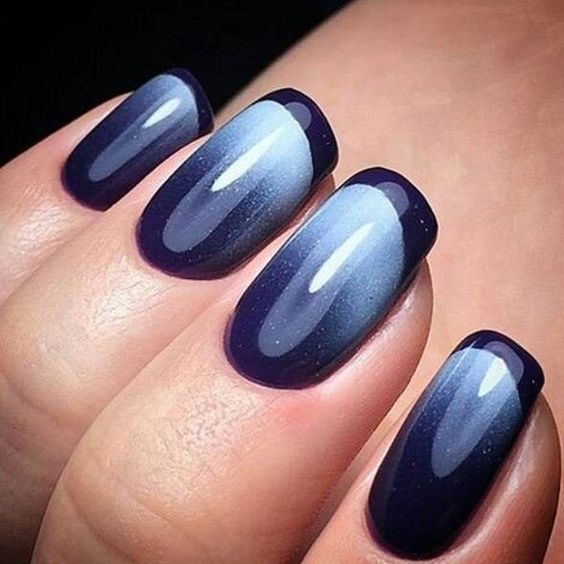 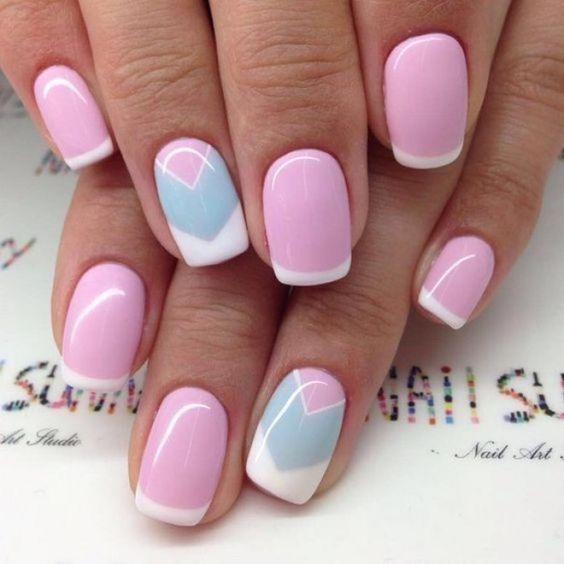 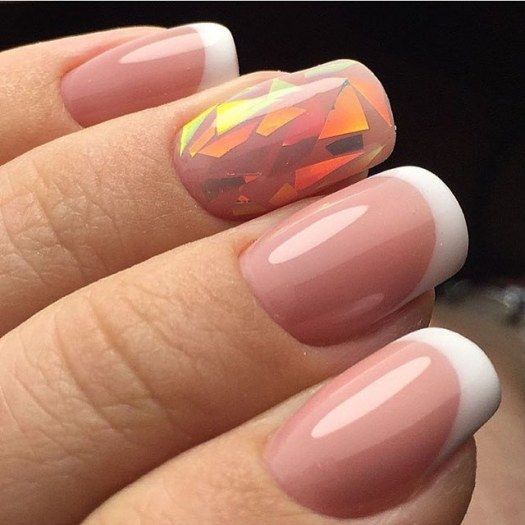 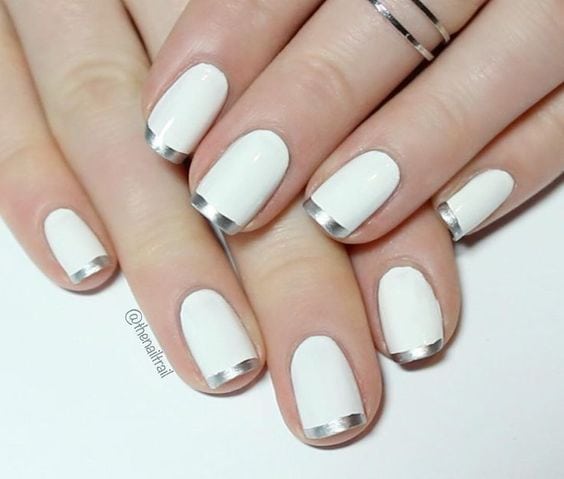 The absolute trend of this year was short nails. That’s why a shortened base has come to be somewhat of the norm, which brings us to some new tendencies. First of all, the smile line has been all but done away with. What remains of it is very narrow, with a different shape altogether. Its substitutes became straight lines, hearts, triangles, squares, and waves. All these techniques make turn even a classic white tone into something interesting. 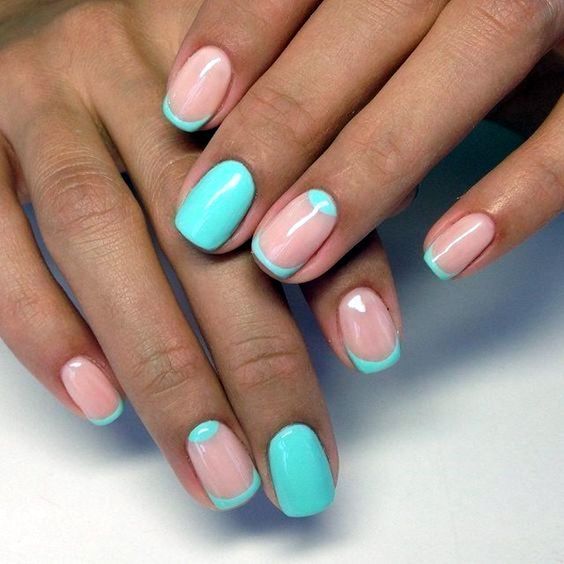 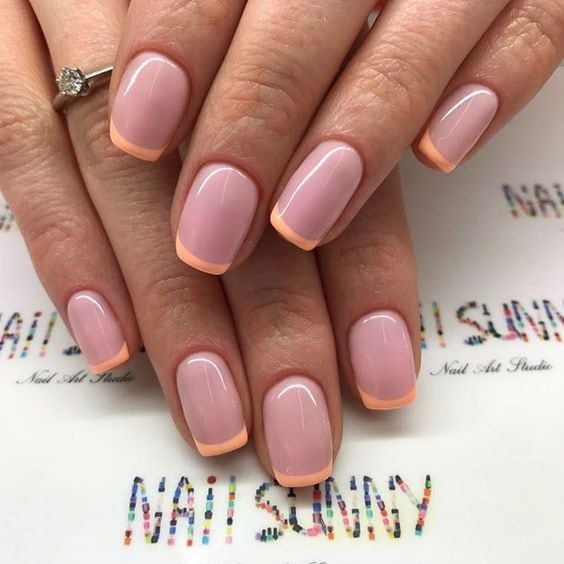 Low-key and simplistic has become all the rage lately, but there is still never a lack of variety, as new ideas supplement old ones, for example, the usage of tape. To be bought in most stores, with a choice of just about any image, stamping will be on high demand this coming year.

Trends are driving nail drawing to be more and more neat and exquisite, which is extremely difficult by hand. Here stamping comes in, since it allows for the most complex designs, before now only obtainable for the best of the best. 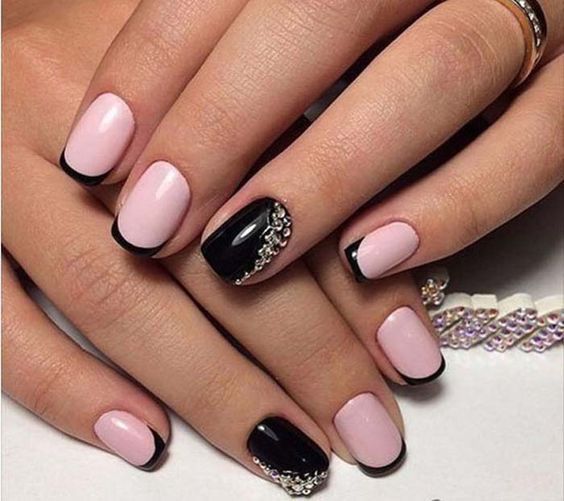 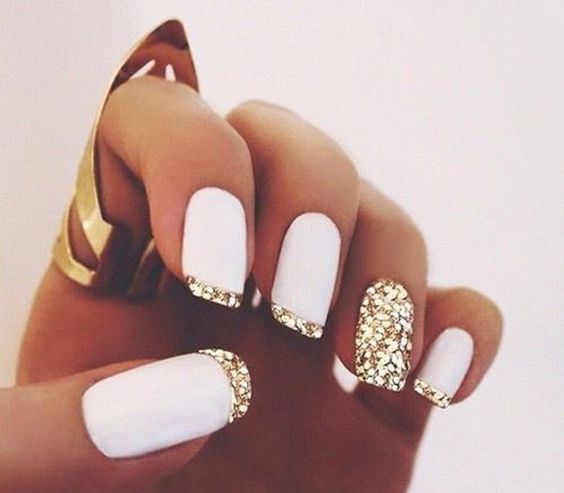 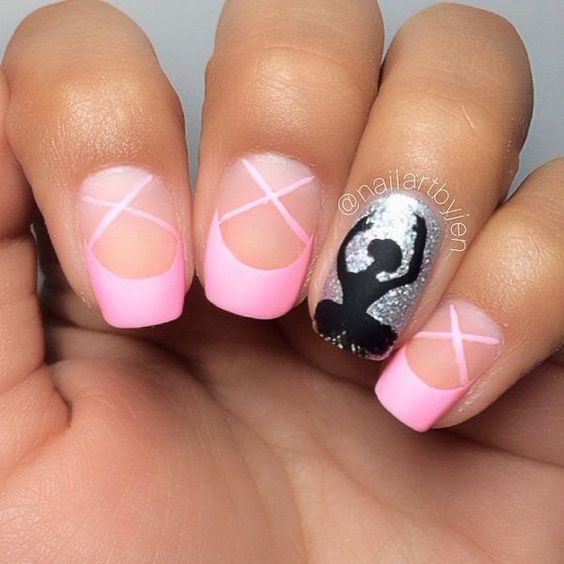 Word of advice. If you are a bride to be or just a fan of experiments, don’t go chasing after every whip of the fashion world. The classic manicure is still a viable and stylish option, especially since wedding fashion will most likely never leave behind the classic French, as it goes with just about any outfit.

We hope we piqued your interest and got your imagination going, but be true to yourself and your personality, that’s what people will notice. 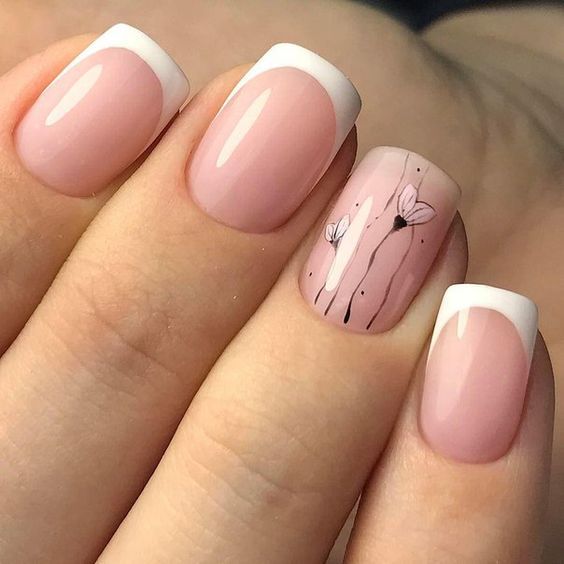 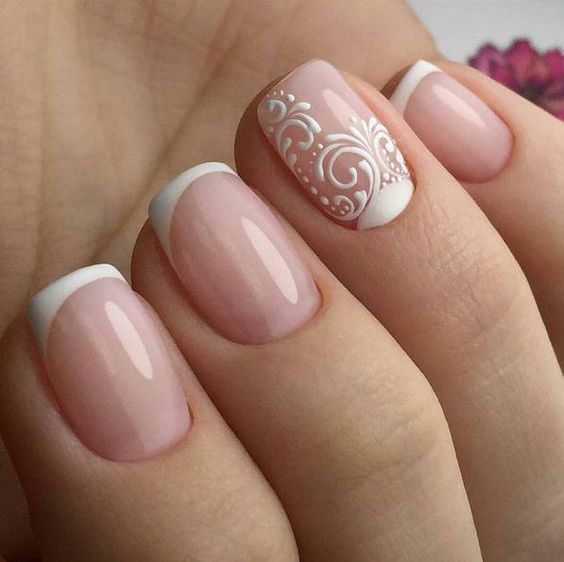 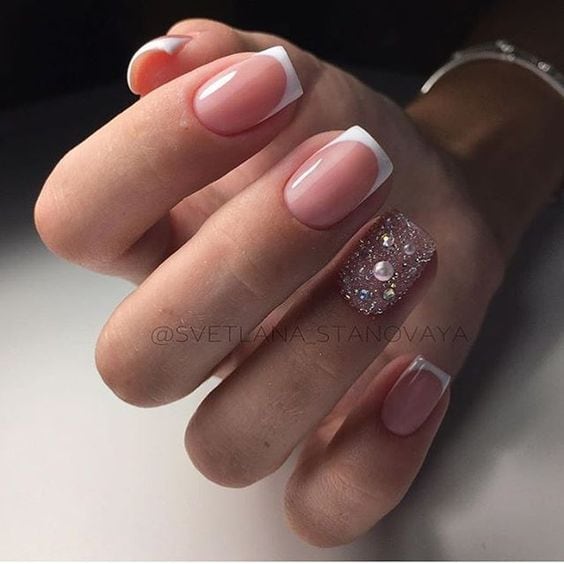 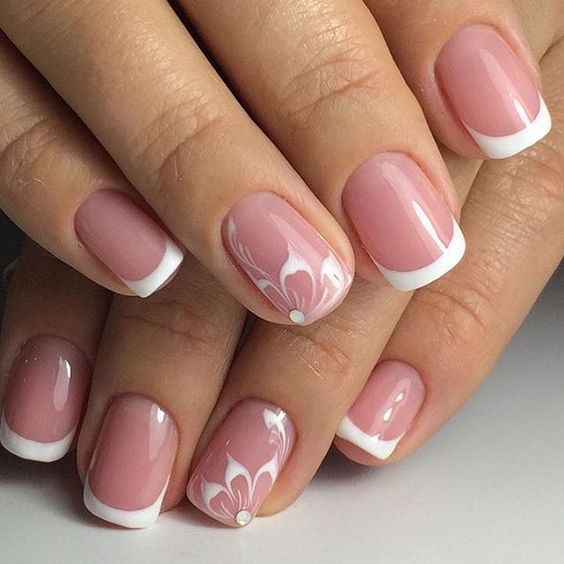 How can I bleach my hair at home like a professional?

How do you use Wella Professional Blondor?

What do you put on scalp after bleaching?