I have bought this men’s shirt at mister + lady for just EUR 9.90 and pimped it to a Neckholder Top. Fits great with jeans and as it is relatively long, you even can combine the pimped T-shirt with leggings. 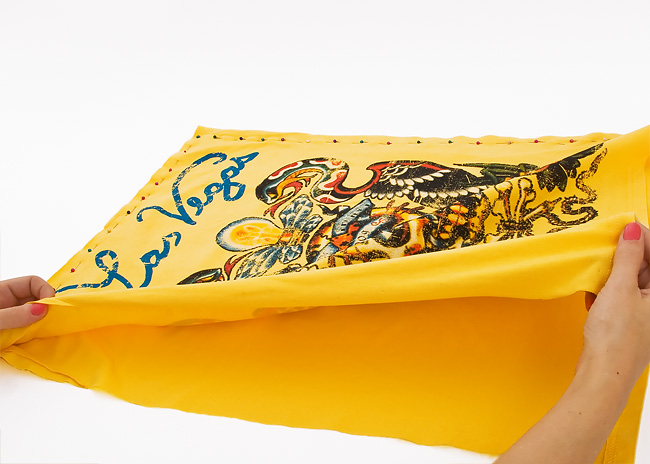 For this DIY tutorial you need: 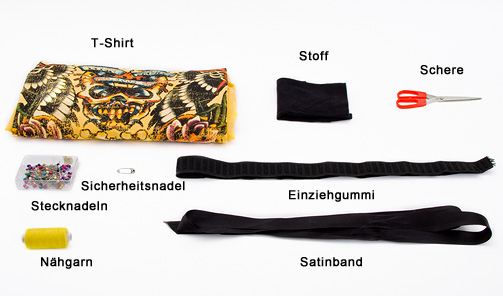 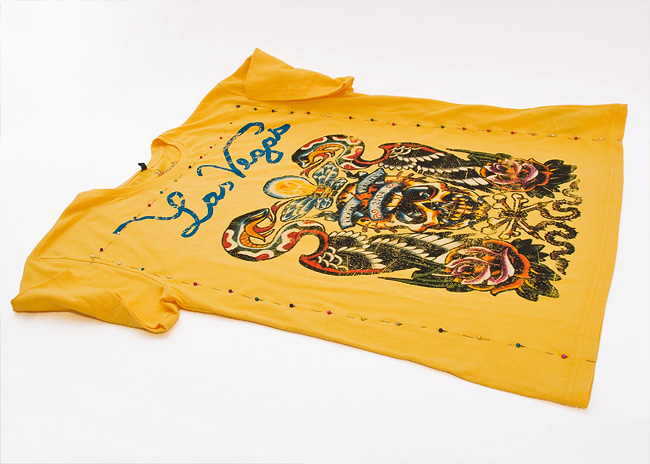 Since we give the T-shirt a Tubetop-style, neck and sleeves are cut off. Smooth out the shirt and peg the shirt with pins along the top and sides of the future sew lines, as seen in the picture. 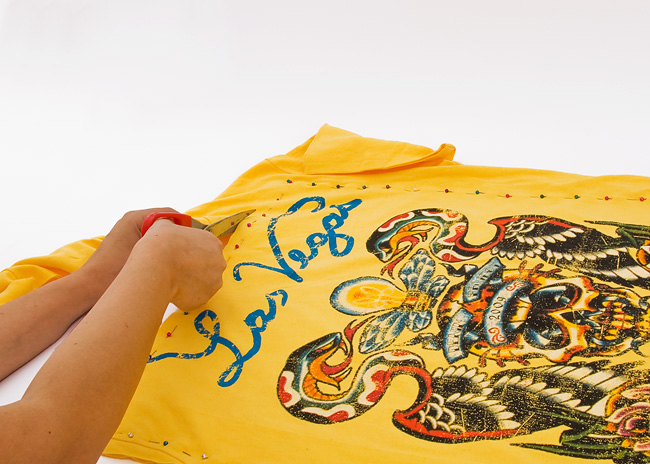 Now cut the neck and sleeve with 1 cm seam. Keep the surplus, because it is needed later.

Now remove the pins on one side, turn the T-shirt to inside out and smooth it out. 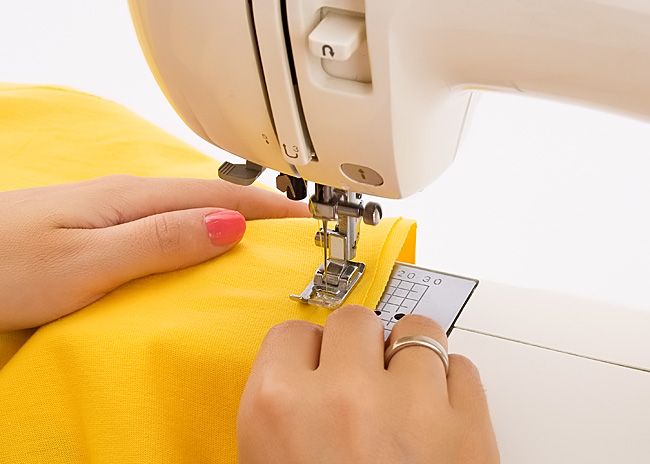 Now sew the first side with the sewing machine. Then remove the pins on the other side and sew the front and back together.

Now you can cut away the seam. 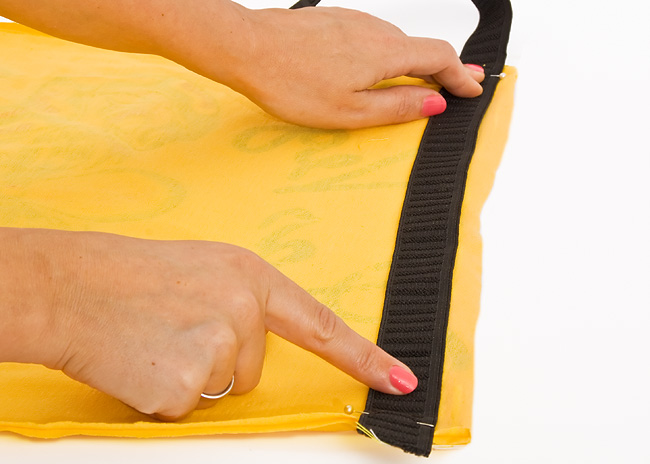 At the new Tubetop fix the elastic band provisionally with some pins in the light of 2cm seam and turn it over. 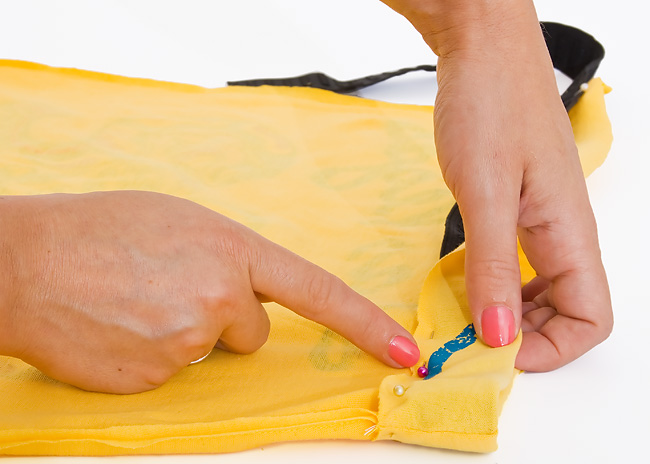 Fix the so-determined position of the elastic band with pins. 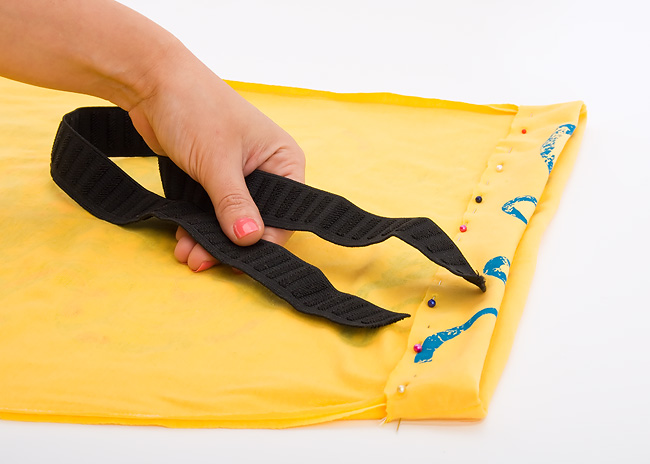 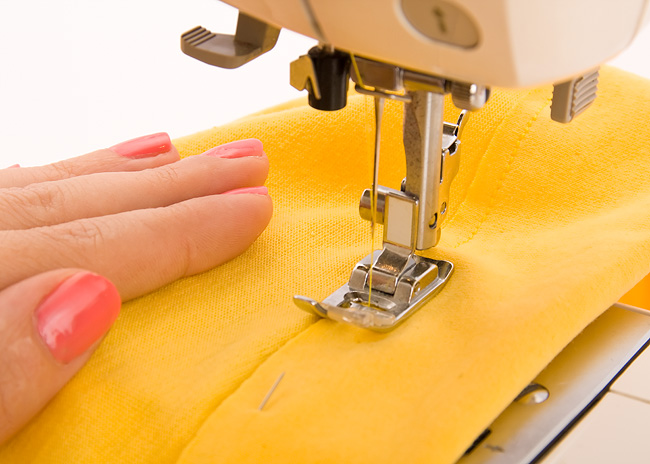 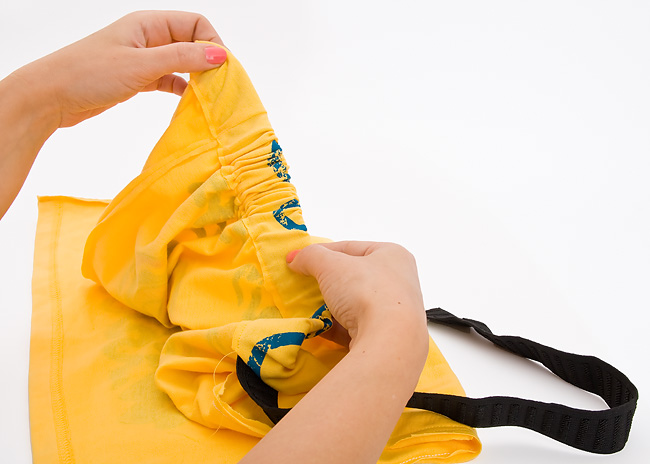 Using a safety pin you can pull the elastic band through the tube and then sew together the ends of the rubber by hand. 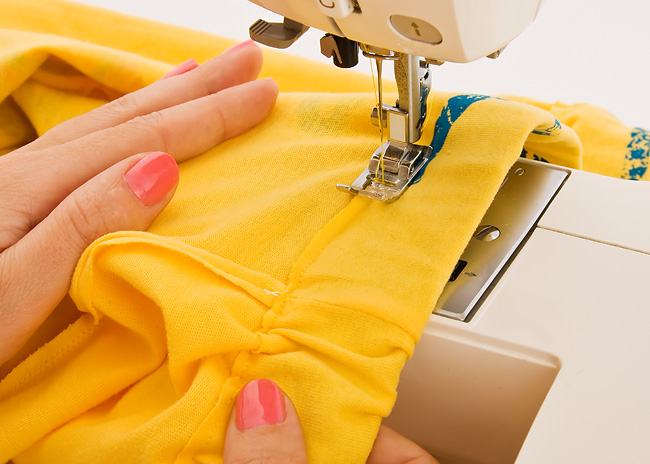 Finally, close the open part of the tube by sewing. 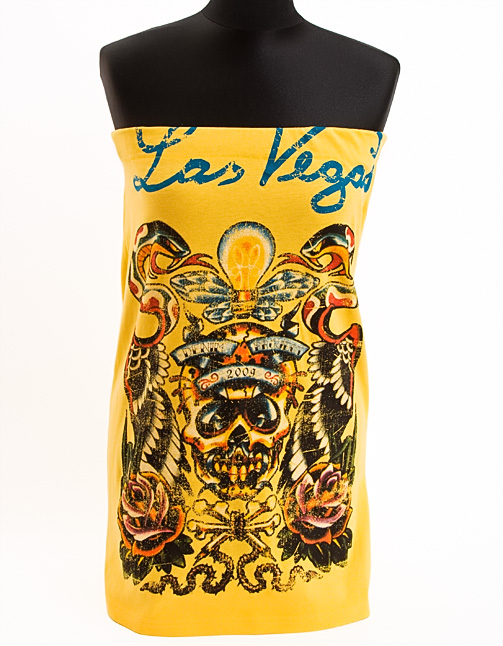 This is the front view of the shirt. 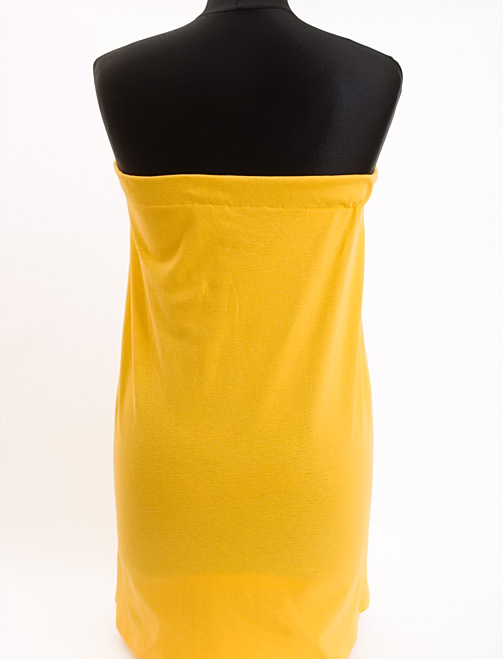 And then the shirt from the rear.

The T-shirt is now ready, only the carriers are missing. Now follows the making of the deco flower with two different colored circles and with a satin ribbon. 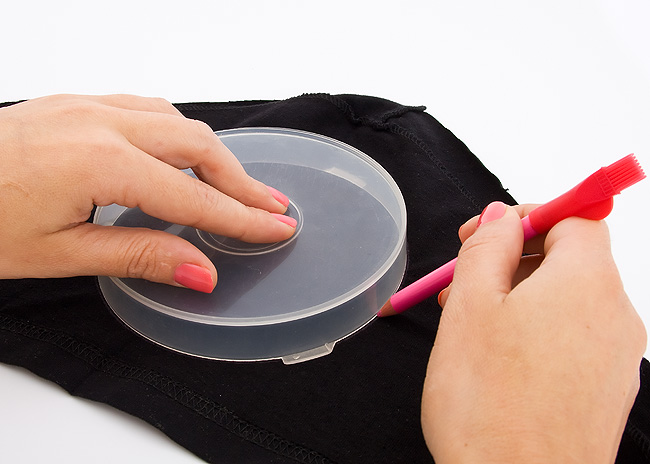 The first circle should be slightly larger than the second. I voted a CD cover for the first district. 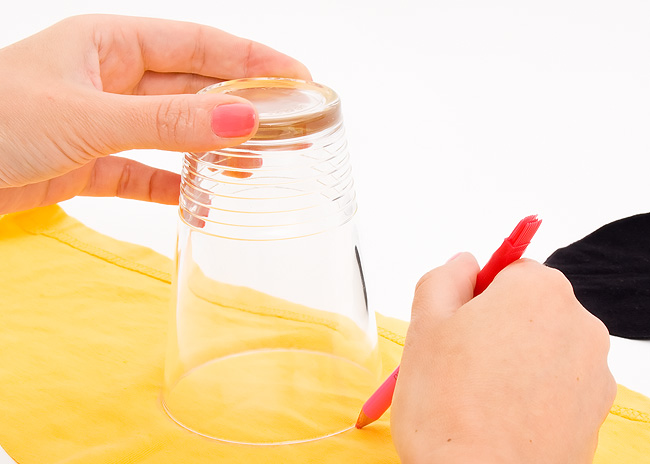 For the second circle, you can take a glass. Then cut out both circles. 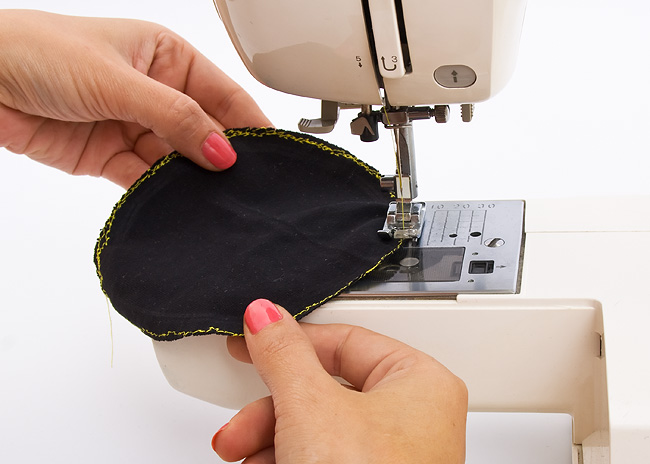 To make the deco flower more authentic, I sewed the first (larger) circle with the sewing thread in the T-shirt color and bordered it with a zigzag stitch. 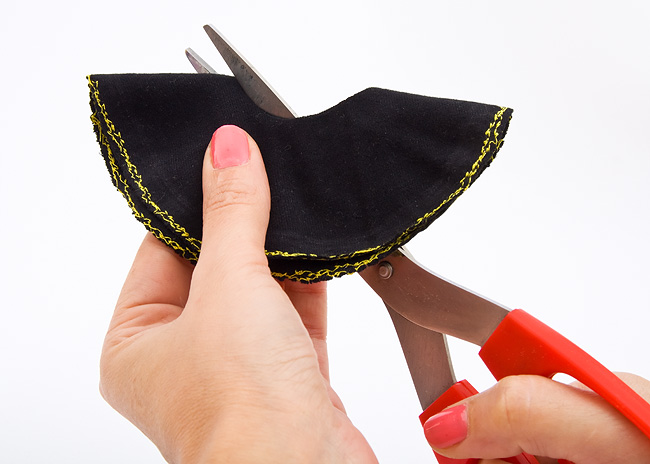 Fold the circle in the middle and cut out a half circle as shown in the picture cut. 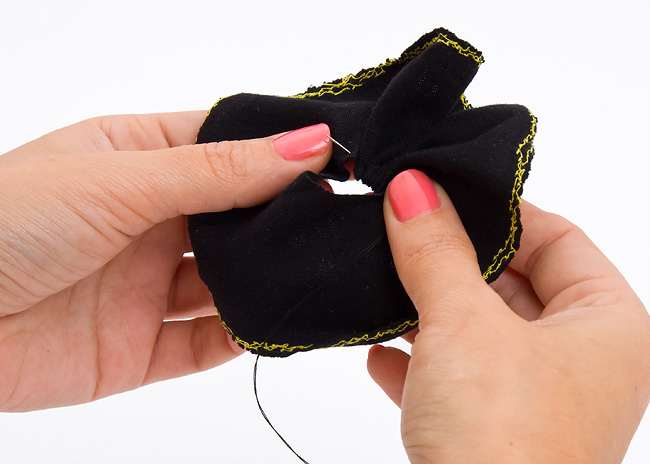 To transform the circle into the form of a flower, generate frills by sewing at the inner circle. 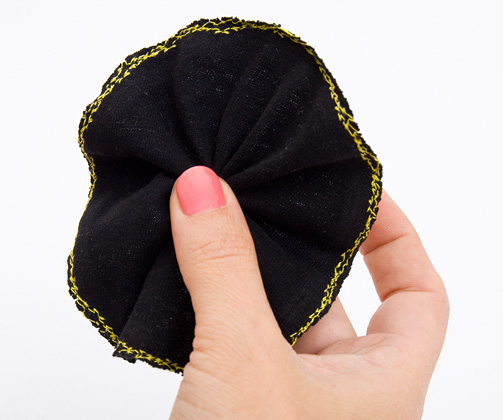 Repeat the same with the second circle (yellow flower) and then sew together the two flowers. 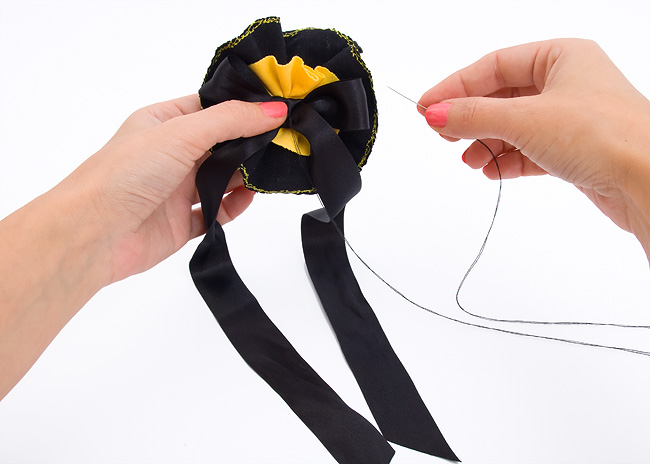 The satin ribbon is folded into a loop and attached in the middle of the flower. 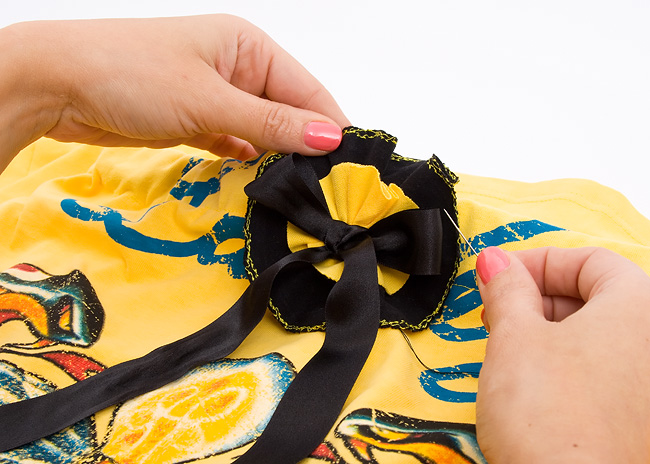 Sew the finished flower with the loop centered on the T-shirt. 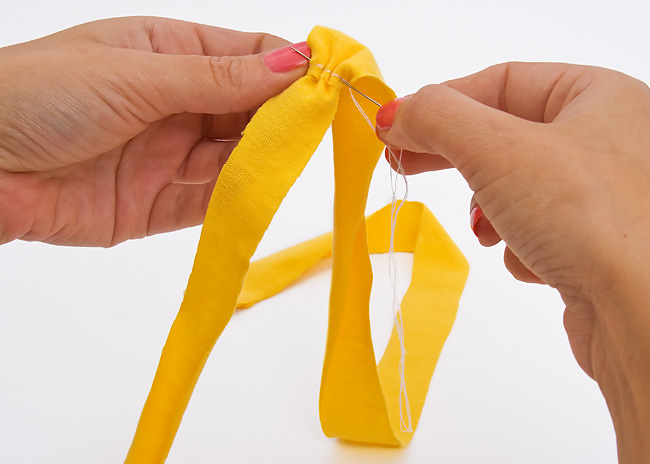 For the Neckholder-makers from the surplus material cut out two long strips and sew them together. Then draw out the tapes being so that the substance gets rounded and make a knot at the ends of each to keep the carrier in form. 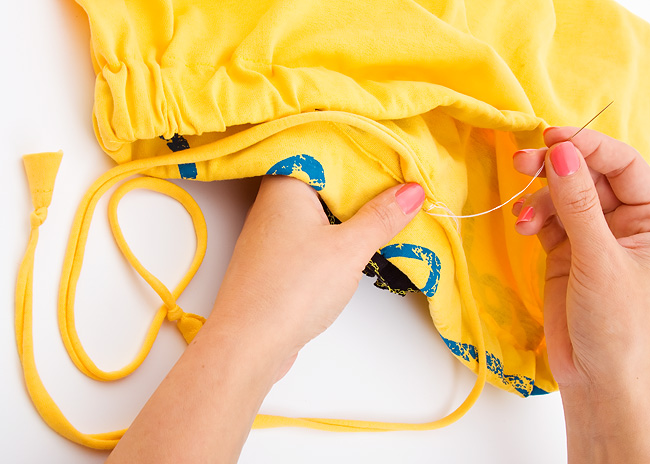 Now fasten the holders under the flower in the middle of the T-shirts. DONE! 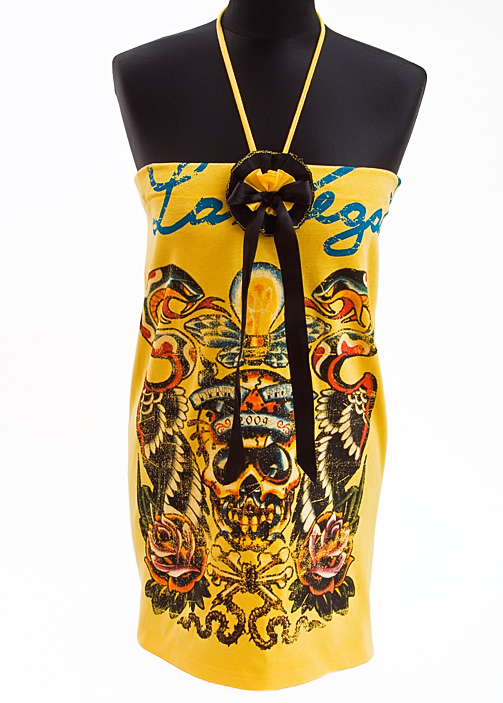 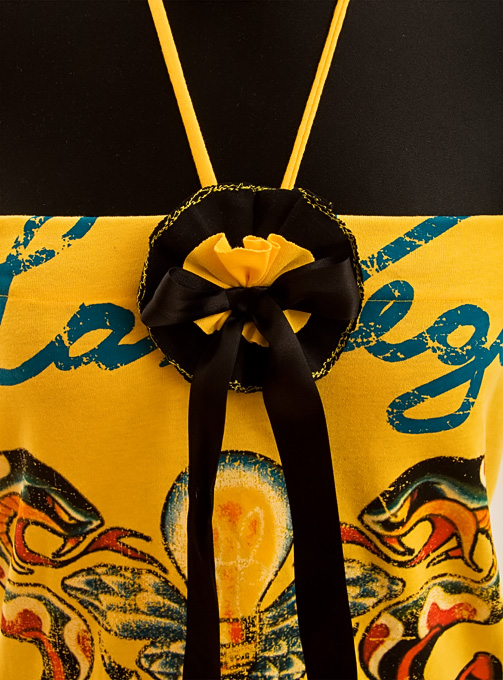 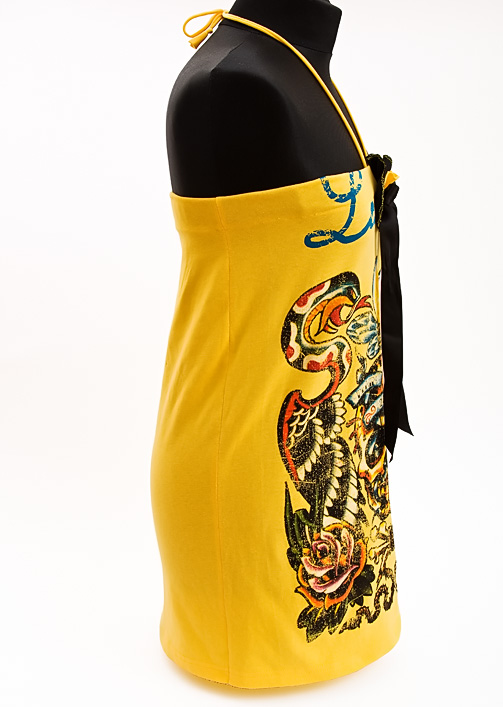 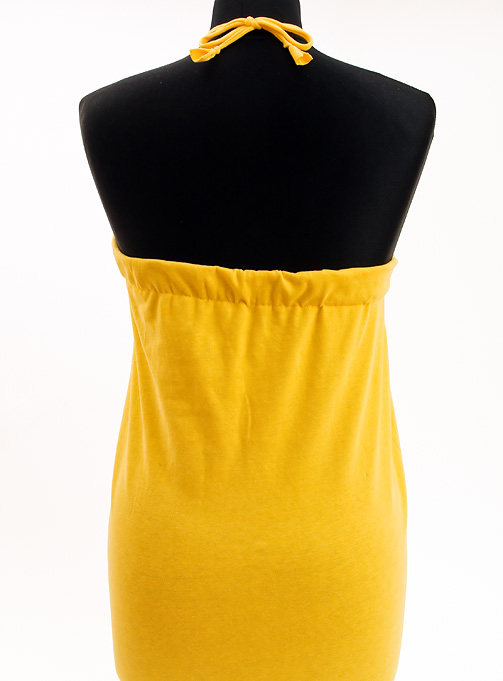