Do you know this Ed Hardy-stylists, who like voodoo obsessed cut an already beautiful shirt and within seconds they knot a shirt so that it looks even more beautiful? I think they make it in highspeed so we are not able to check out, how such a shirt is being made. After I failed to question my oracle (Google) and my attempts of cutting have failed miserably, I got arrived at the enlightenment in Athens, where I saw a girl with a cut Ed Hardy shirt. 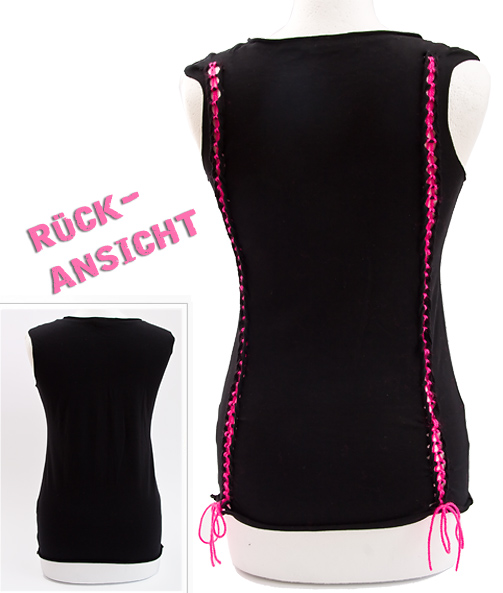 Thanks to the weak bladder of the Greek, I had the opportunity in the queue in front of a toilet, to look at the cuts of her shirt for 15 minutes. Now I know everything about the mysterious cuts. And if any of the Ed Hardy Stylists have a look at my DIY-blog, he can have a look on my way to pimp a shirt with a little wool, to make the cuts more attractive. I’m not so cruel… If you also want such a T-shirt – here is the tutorial. Quite easy, without the hassle and as always – Step-by-Step. 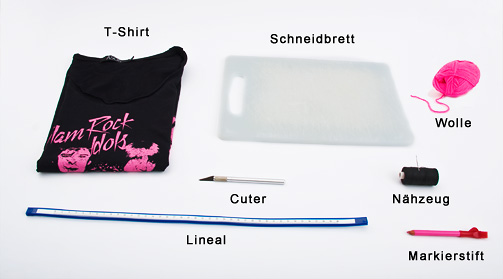 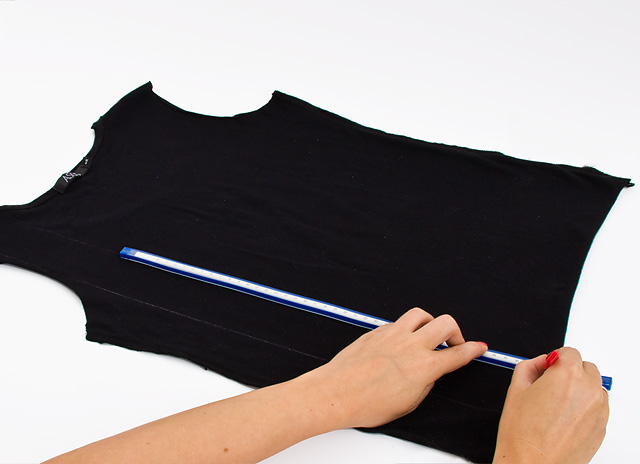 First, turn the T-shirt inside out and mark with a ruler and a marker and the width of the cuts on both sides. For my desired 2.5 cm width I took 5 cm wide marks. If you want your “Pimp-Up” more strikingly, you can make the longitudinal lines even broader. 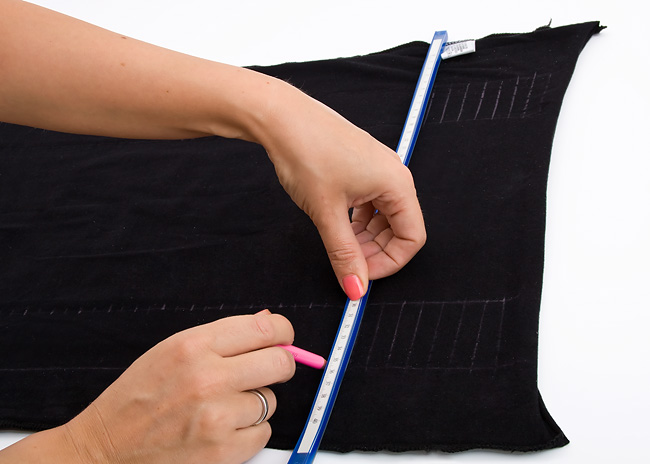 Then mark the width of the strips. I have taken 1 cm in width. 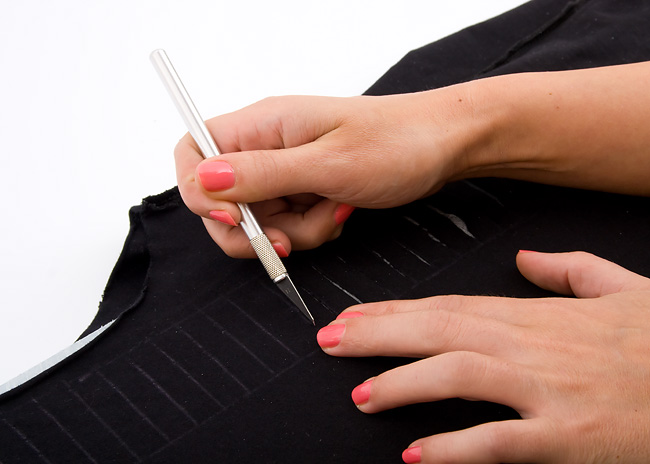 Put the cutting board in the shirt and cut the stripes with the Cuter. VERY IMPORTANT: The first two and last two cuts should be only about 2 cm long (instead of 5 cm) since otherwise, the shirt gets too large holes. 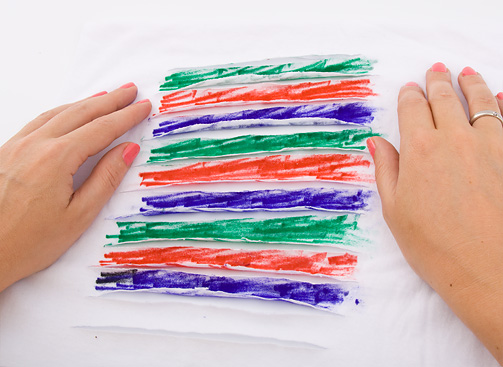 Now twist together the single strips. As an extra explanation, I have cut a piece of cloth and marked the stripes in different colors. So, do not shrink – this happened only to explain ;-). 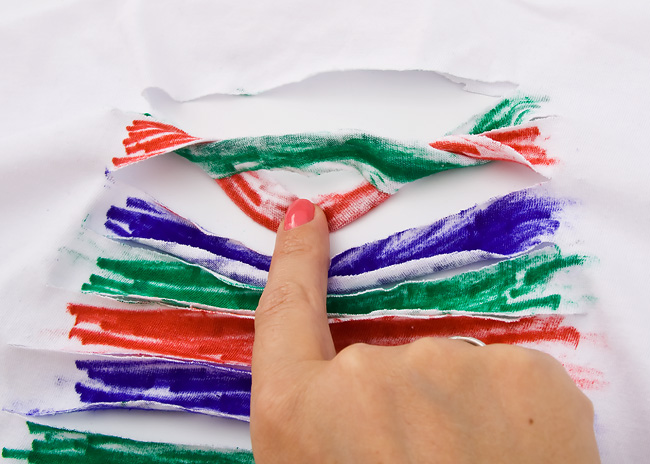 Put the second strip from top to bottom over the first strip, so that creates a loop. 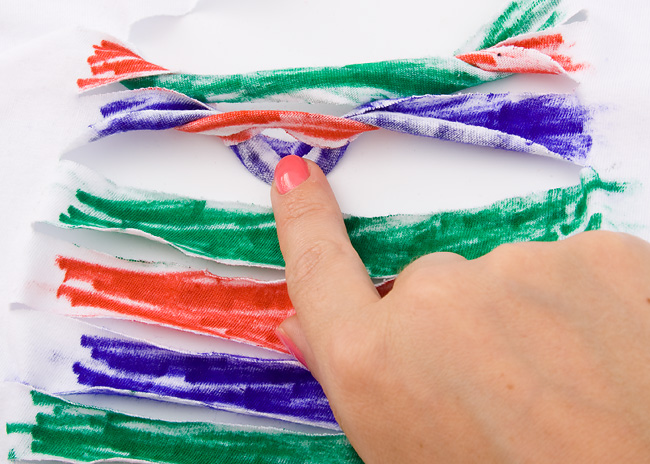 Now you draw the third strip through the first created loop. 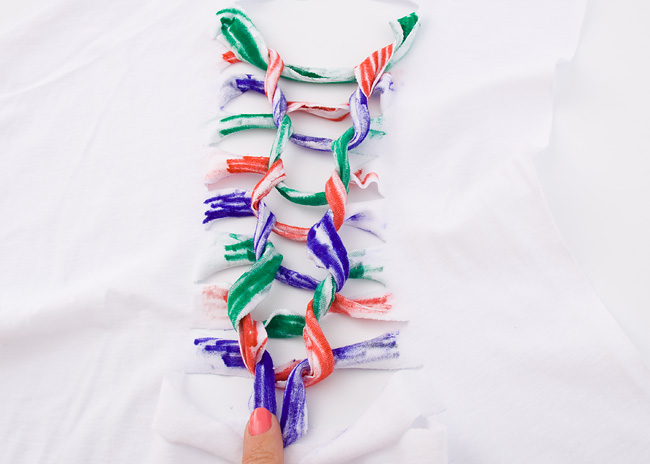 Continue, until you reach the bottom and your T-shirt has such knots. 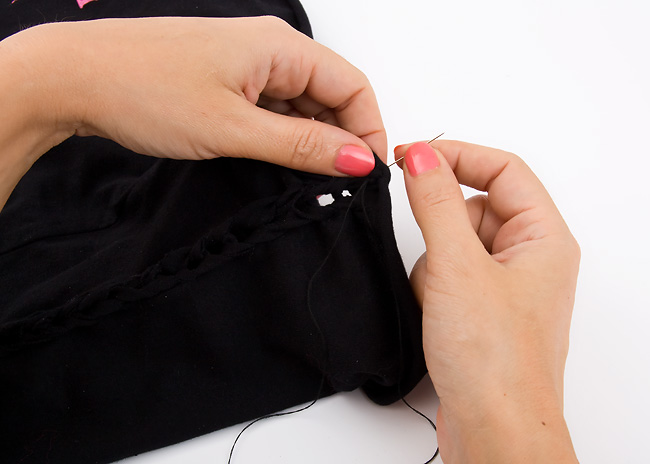 Arrived at the bottom you sew together the last loop with the last strip of the shirt. If your first cuts have become too large, you can make the holes closer by sewing. 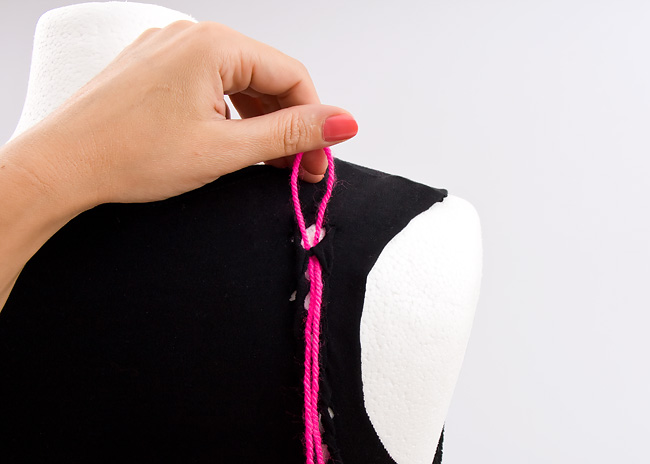 Before you begin with the threading, you can turn the shirt to outside out and just admire the works ;-). After that take a double collapsed woolen cord and thread it through the first knot as visible in the photo. Since the thread is laid twice, it should be approximately 4 times longer than your shirt. 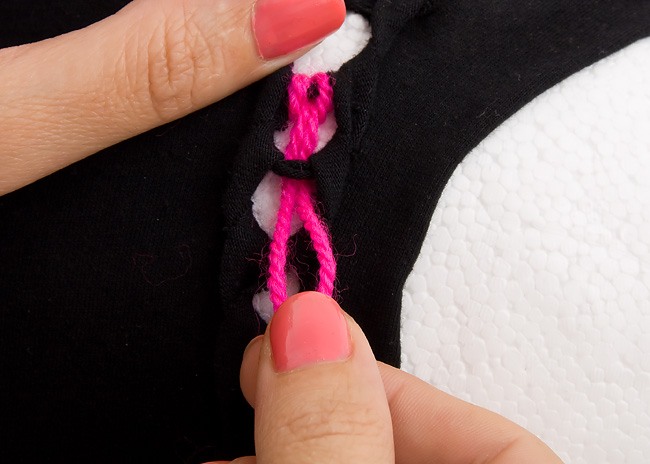 Now back to threading. Pull the long wool yarn through the loop and under the second knot of the shirt. 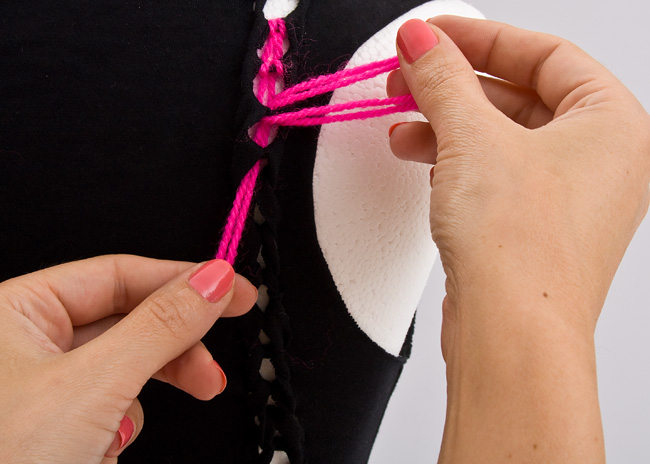 Pull through the wool thread between the two top threads and continue until you have arrived at the end. Now you can either make a loop to the thread or knot them together and cut off the surpluses.

DIY Tutorial – Final Result “Pimp a T-Shirt with some wool” 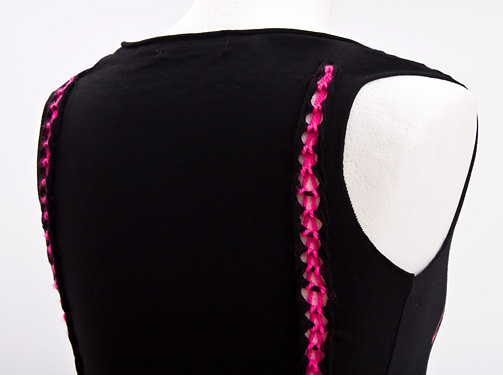 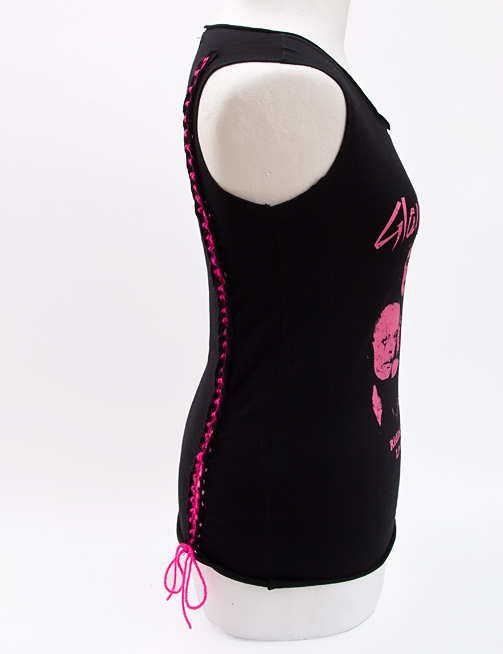 As Madame doll has a dress size larger in her Styrofoam ribs than I, my T-shirt looks too much expanded on her. Therefore, the cuts at the photo appear broader than they are. 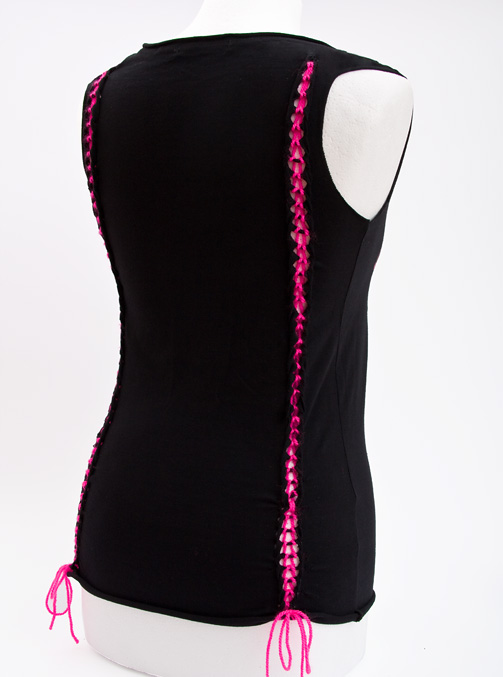 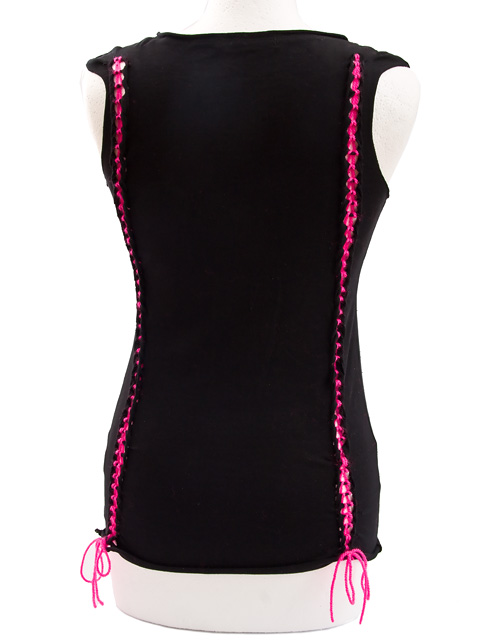