The idea for this tutorial originated from a hieroglyphic-like napkin drawing, which I have scribbled two years ago in an ice cream parlor in Italy. At that time I saw the “zipper-shirt” on a beautiful girl for the first time and I liked it so scary good at her. Since we had neither a camera nor mobile phones with us, I could not take pictures, so I drew the idea on a napkin. 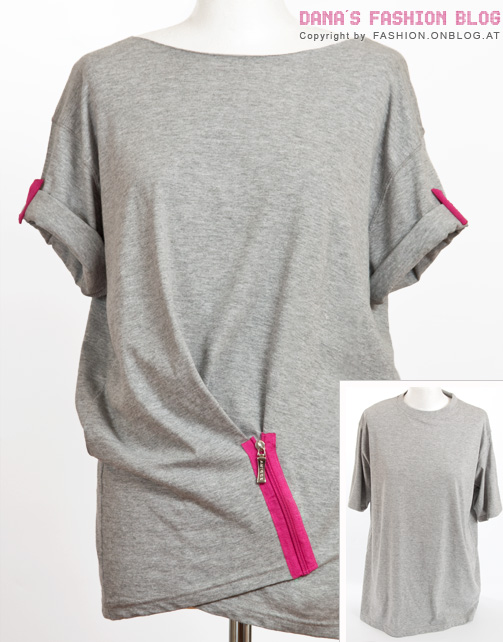 A year later a similar “zipper-shirt” was offered at Zara & Co, but I wanted my own tinkering: Grey with Pink it should be. Yesterday I found both the drawing and a pink zipper, therefore see the rest of the story here 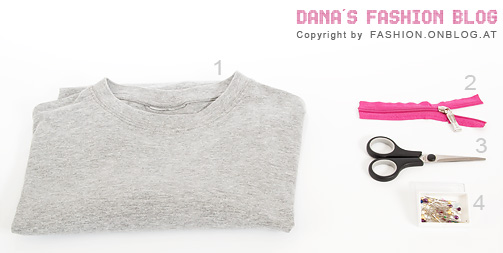 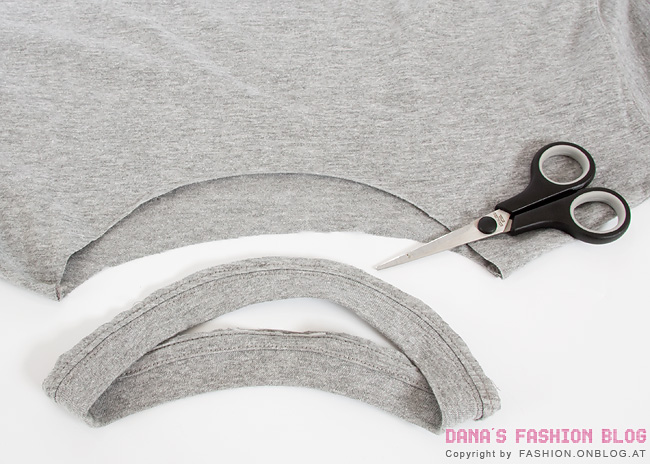 Cut off the neck seam of the shirt and stretch the “new” neck cut a little bit, so the ends turn in and we’ll save the work of seaming. 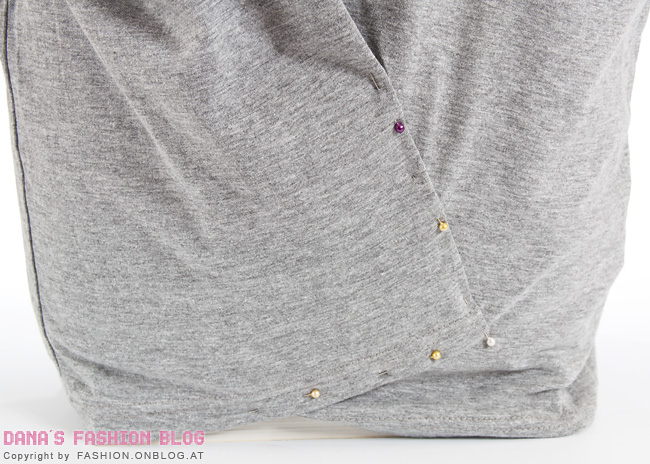 Dress the shirt and overlap a lower part of the shirt by an oblique folding at the lower center of the shirt. Fix this drapery temporarily with pins. 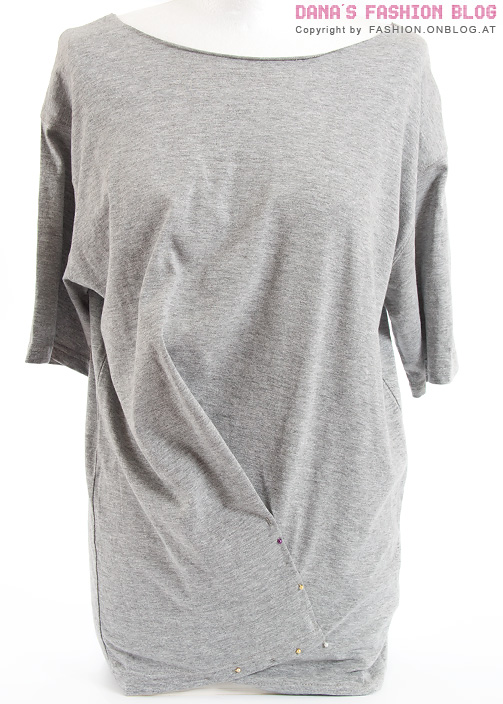 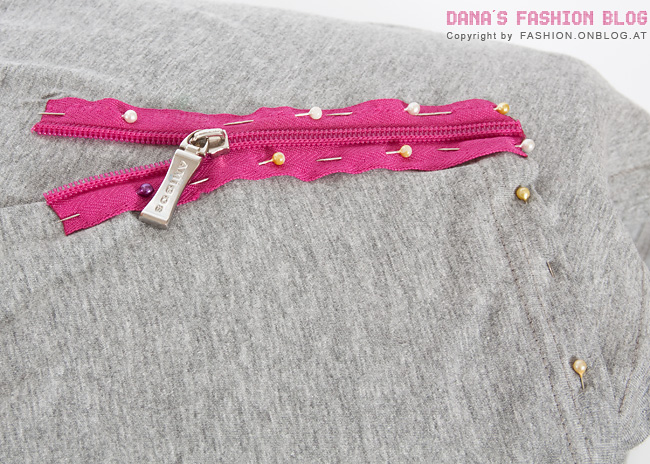 Now fix the zipper on the drapery with pins. One side of the zipper above the drapery, the other side on the flat part of the shirt. 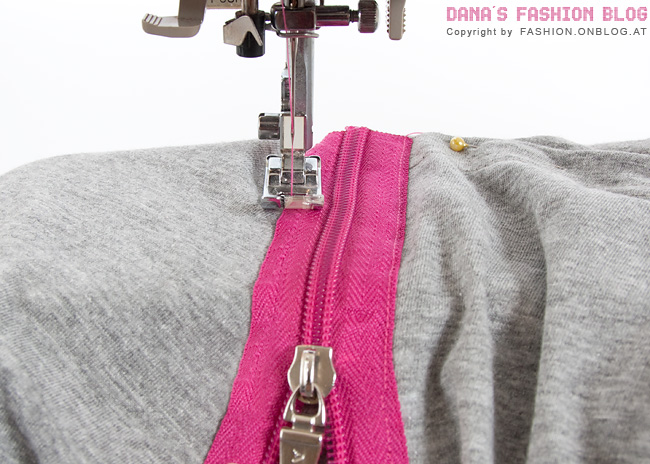 Now sew the zipper and remove the pins. DONE! 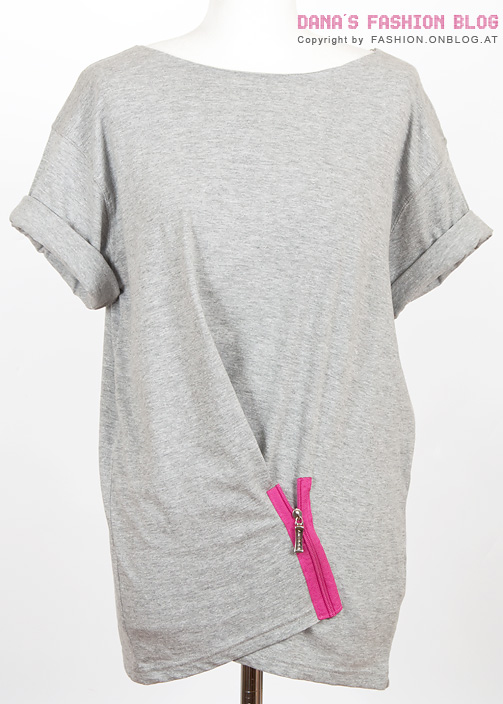 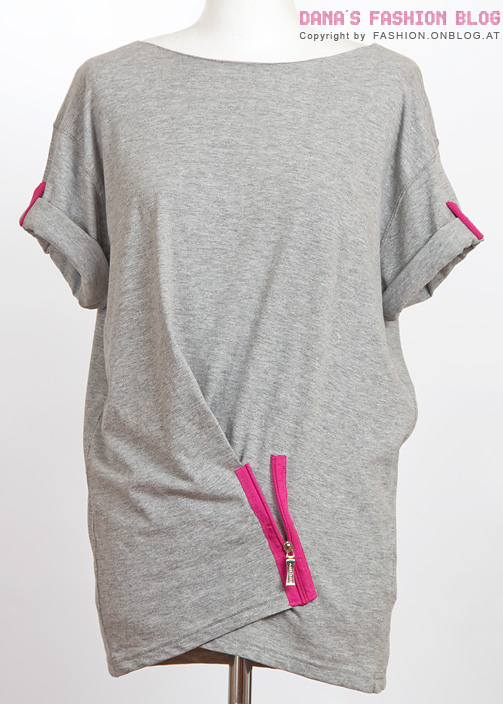 As my zip-top seemed to look a little too boring and I still had a zipper-bit left, I have this mounted transversely on the sleeves (only pinned in the picture). 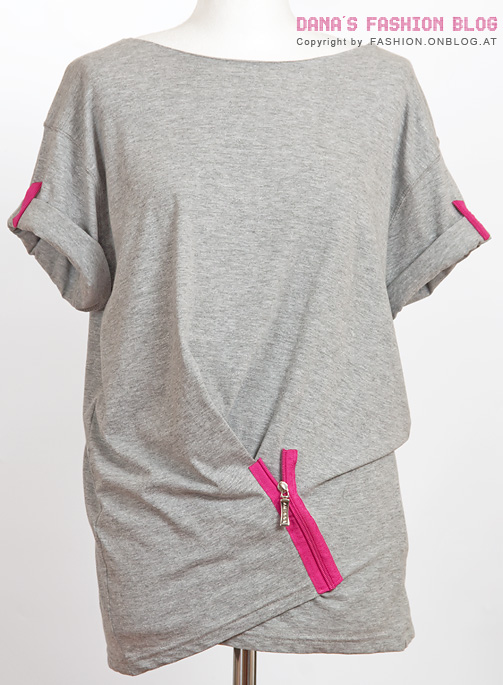 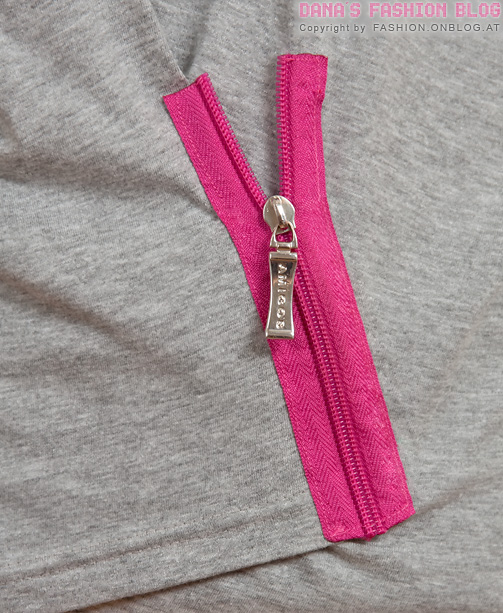 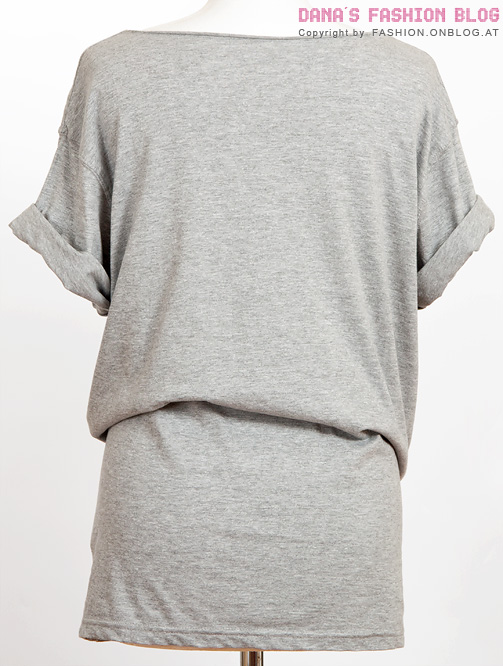 Now the T-Shirt also from the back looks figure-hugging and more elegant.