Survival can be an overwhelming topic. There is so much to cover. Gear, skills, locations – it’s a lot to research. But what does it all boil down to? Knowledge. The most important survival tool is definitely knowledge. Still, survival skills require learning and practice, so get out there and do the stuff! The very core of survival can be remembered very easily, though. If you can remember “The Survival Rule of Three”, it may save your life in a SHTF situation. 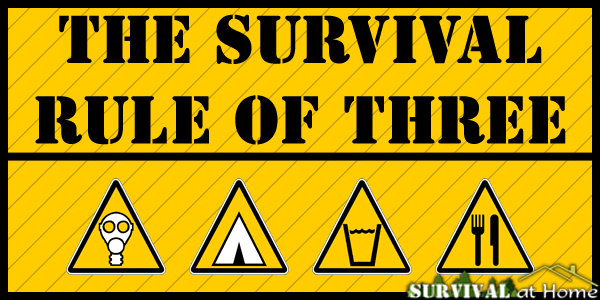 The Survival Rule of Three

The survival rule of three is simple to remember. You can survive:

How Do You Learn the Rule of Three?

The best way to learn anything is through repetition, and the survival rule of three is no different.

“Repetition is the mother of learning, the father of action, which makes it the architect of accomplishment.”  -Zig Ziglar

Zig Ziglar absolutely hit the nail on the head there. The more you repeat something (a saying, an action, a habit), the easier it becomes to learn. Learning HOW to do something is precursor to actually doing it. Even if you try it a few times and fail, you’ll eventually get the hang of it. 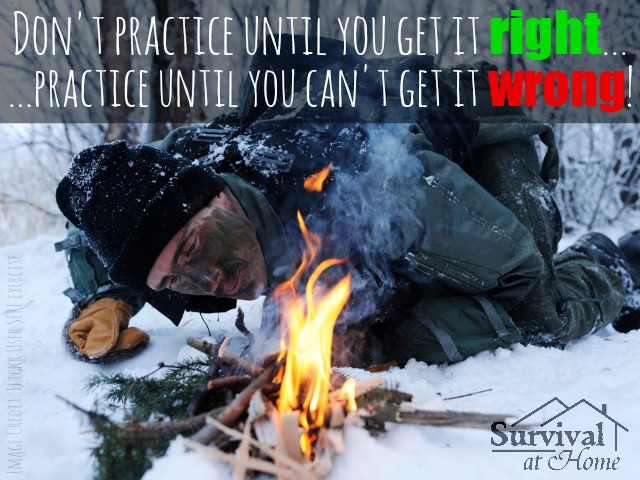 Practice putting on your gas mask or tying your bandana to get proficient in doing it. When I was in the military, during training exercises, the drill seargent would yell “GAS, GAS, GAS” at the drop of a dime. That was our cue to put on our masks. It may sound easy “just put it on”, but in order to make sure the mask works properly, you have to create a good seal.

When you have a free day, go out into the woods with a group of friends and practice making primitive shelters with just what’s in the woods. Personally, I’ll be getting a tent like this for my bug-out gear, but I’ll also have something like this as well – 2 is one, 1 is none. The thing is, you probably won’t know you’re going to be in a SHTF situation until you’re already in it… and even if you have the best space age tent money can buy, it doesn’t mean a thing if you don’t have your gear.

What’s typically the first method you think about if you’re talking survival water purification? Boiling water over fire. It would be nice to have a good metal container in your go-bag. Barring that, you can still actually boil water in a plastic bottle as long as the flames only lick the bottom of the bottle. You could also make a solar still. 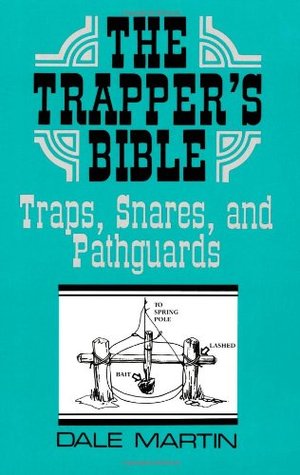 Finding food may take more practice than anything. If you don’t know which wild plants are edible and which ones are poisonous, you could end up in a world of hurt (literally). I recommend reading every book you can find on foraging.

You might even consider taking a foraging class – EatTheWeeds.com actually has a pretty decent list of foraging instructors in the United States and a few other countries. They also are a great source of information on wild edibles. Also, learn to set snares while you’re doing anything in the woods. The next time you go fishing, try it without the rod. Only take fishing line and a hook and see how well you do finding your own bait.

Please feel free to use The Survival Rule of Three infographic on your own website or social media as long as you do not delete the credit attribution at the bottom, and please link the graphic back to this post.

So now that you know the Survival Rule of Three, and you understand that the only way you’re going to remember all of this stuff is through repetition, what should you do? Practice! Learn, practice, repeat! Then teach someone else so they know, too. The more people that know how to do this stuff, the better off we all are.

How and Why to Reuse Greywater

The 5 Worries of Building a Survival Shelter

Be Prepared in Your Vehicle