Zombies have become very trendy in the last 10 years. Lots of preppers (myself included) use the possibility of a “zombie apocalypse” as the basis for their prepping. Other people look at us like we’re just plain stupid, but here’s some biting reality for you- we’re already living in the zombie apocalypse! Ok, maybe not apocalypse, but maybe the “age of the zombie” is a more appropriate term. Allow me to explain, and please accept my sincerest apology if this turns into a “rant.” 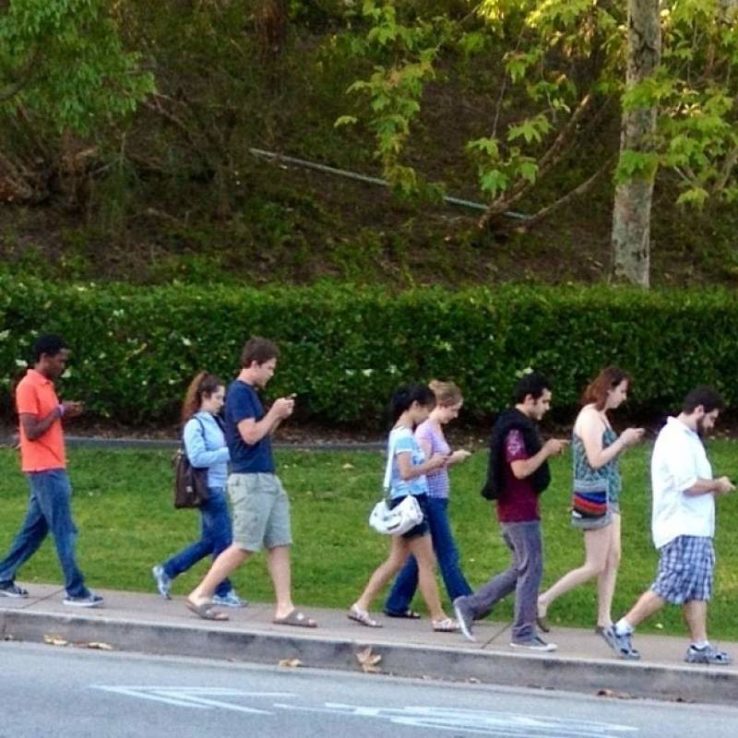 Look around you when you’re in a public place. How many people are glued to their iPhones? I’m betting at least 60%. I don’t think that number is high at all. In fact, if anything, it might be low. They’re playing games, texting, surfing the internet, listening to their music, watching videos and movies… anything but interacting with people around them.

The iPhone reference is just an example. There are many more things that take up our attention – video games, television, THE INTERNET (just kidding, keep reading)… My point is that most people in today’s society would just assume sit in the same room texting one another rather than talking. Why? Are we that addicted to technology? Is the virtual world that much more interesting than the REAL world? 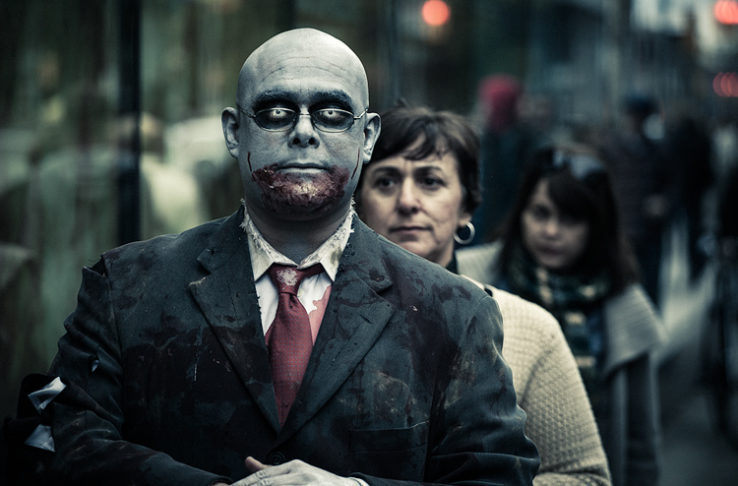 Because of the “technology addiction,” people have forgotten what’s most important – PEOPLE! Folks are all about themselves and their technology today. They’re worried about having the latest phone, the best game system, and the biggest TVs. They’re becoming (or have already become) zombies. There, I said it. Here’s the kicker – the zombies become more zombie-like by trudging off to work a job they (most likely) hate every day just to get enough money to buy the newest gadget to perpetuate their zombieness. (Yeah, I just made up a new word… use it if you like. lol)

Let’s draw this line back to preparedness. While the zombies are worried about “keeping up with the Jones’,” they’re failing to prepare for disaster. As we have all seen over the last decade, disaster can strike at any time in any form – 9/11, Katrina, anthrax letters, D.C. sniper, global warming, global financial meltdown, bird flu, swine flu, SARS, Fukushima… the list goes on and on. If any one of those were to hit on a major scale nation-wide, would you be prepared? Would your family? Would your friends? Would your neighbors??

I’d guess that you know people – probably a LOT of people – that think “Oh, that’ll never happen to me and my family,” am I right? They are not prepared and have little to no real survival instinct. They have illusions of grandeur, so they think if something DID happen, other people will work it out for them. THOSE are the zombies YOU need to worry about. They’ll come to you when it all hits the fan. They’ll want you to take them in, care for them, feed them, and keep them safe. That isn’t your concern, though, is it? I mean, if you have people that are helping you prepare, and preparing for themselves, and you band together in a time of crisis, that’s one thing. But when you have people who are just outright sponging and leeching off of you and your preps, that takes away from you and your family, right? How long will that last? If you have 6 months worth of preps for you and your family of 5, how long will it last if 2 more families of 5 come to join you without adding to the preps? Not long.

Now, I’m not saying having a smart phone, tv and internet makes us all zombies, it just enables us to become zombies if we allow ourselves to get wrapped up in it all. These things can actually become part of your preps! The television will be a great source of information in a time of crisis. If the cable and satellites go out, pop in a movie to keep the kids calm and entertained while you take action. Your phone is naturally the fastest means of communication with your family and friends. The internet acts as both communication, information and entertainment. The thing is, you have to teach your “prepper network” to use them sparingly so they don’t become zombies, too.

A little overboard?  Maybe, but it’s widely true. Take note of the people around you – family, friends and neighbors. Talk to them about their plan of action in a time of crisis. The ones that say “I’m coming to your house because I know you’ve got it together” are the ones you need to watch out for the most. You should take the initiative to teach and train them how to get prepared on their own so that if they DO come to you, they bring preps with them, as well. Friends don’t let friends become zombies.

What do YOU think? Are we living in the zombie apocalypse now? How do we break free?

How and Why to Reuse Greywater

The 5 Worries of Building a Survival Shelter

Be Prepared in Your Vehicle