It’s likely that every sufficiently large city faces the problem of ugly garages and parking lots ruining the view everywhere. But most people don’t really think about it too much, and if they do, these thoughts evaporate as soon as they purchase an automobile. And that’s when you should ask yourself: where do I keep it? 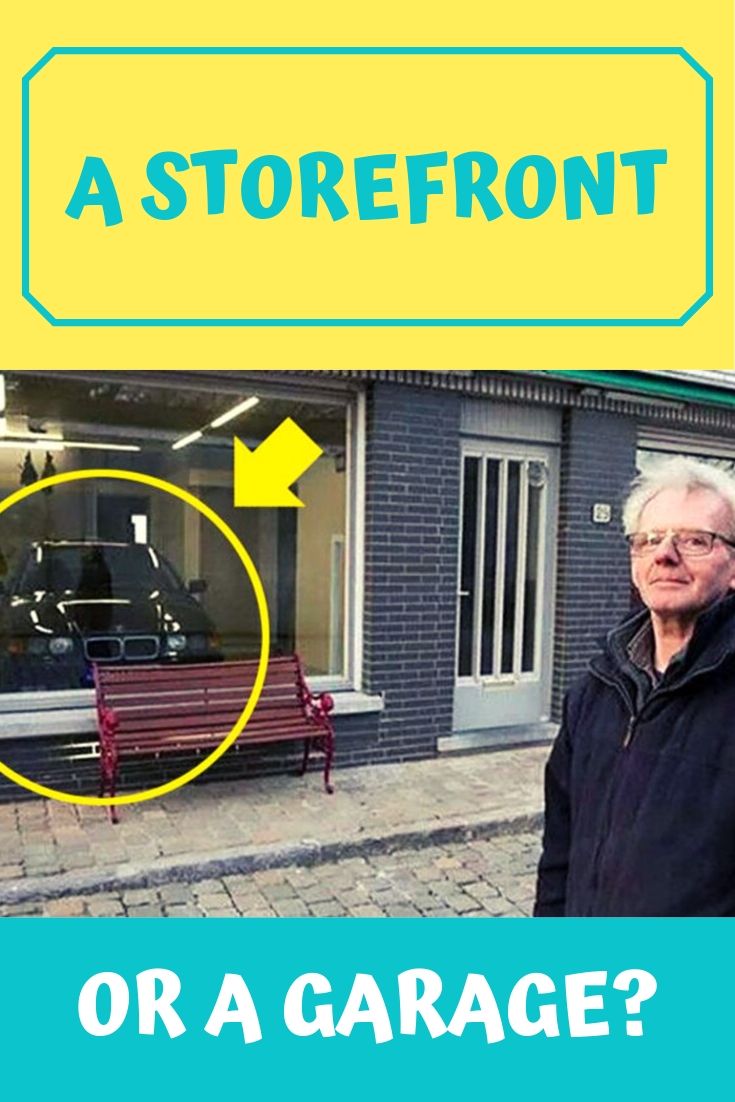 Erik Wekeman, a resident of  the Belgian capital of Brussels wanted to install a garage for his car right beside his house, but the city council denied him permission. But this Belgian refused to cave in to stuck-up authorities. 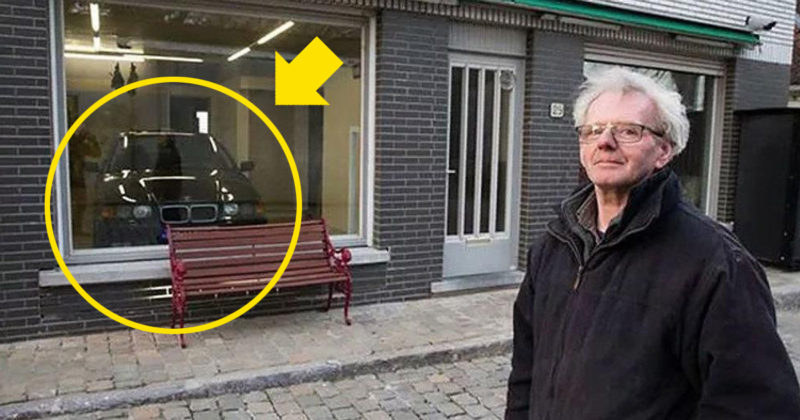 Eric, ever the crafty one, closed his own grocery store, which wasn’t all that successful anyway, and just turned it into a garage. Now instead of milk, buns and cheese what’s peaking through the storefront is Eric’s car. 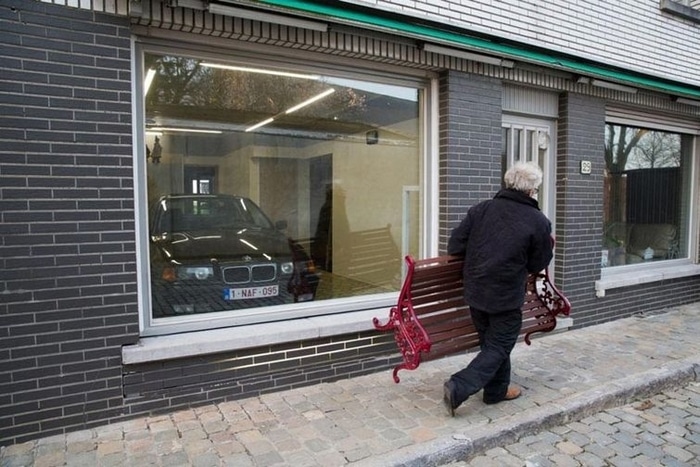 In order to get the car out of the garage, Eric has to move the fake but nonetheless quite functional bench. 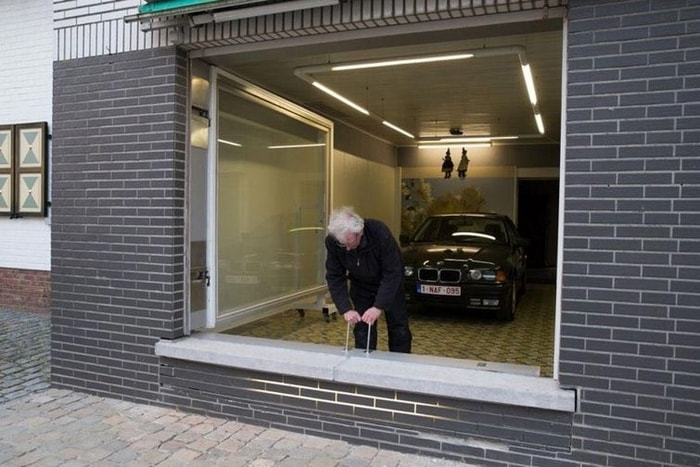 Then open the humongous window and move a section of the wall. 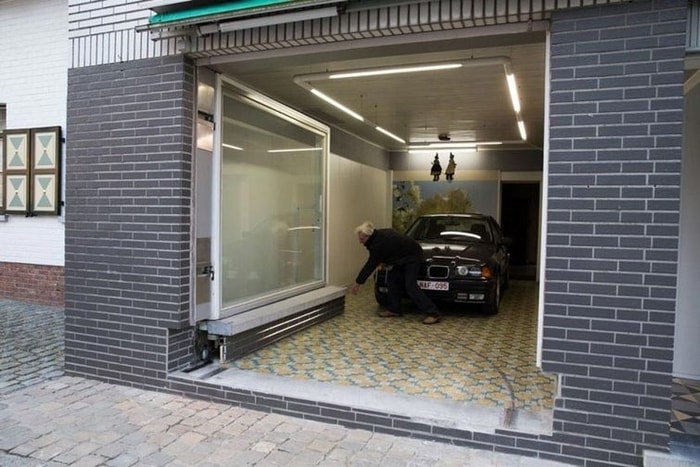 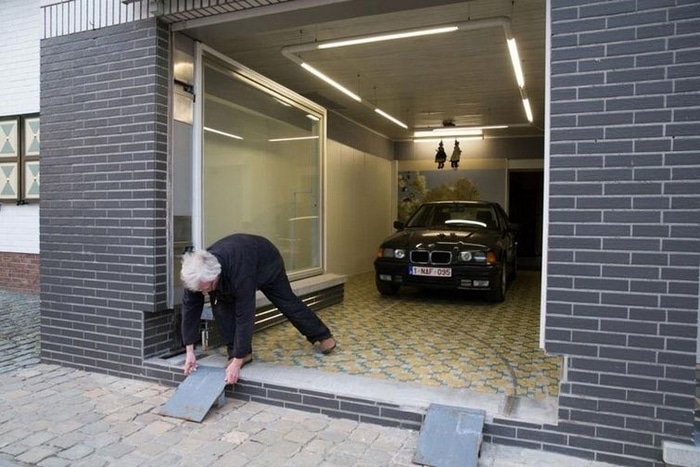 Put a couple ramps on the ground. 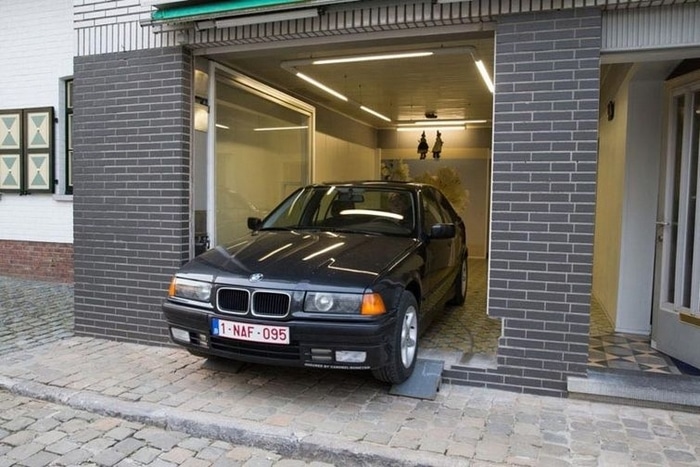 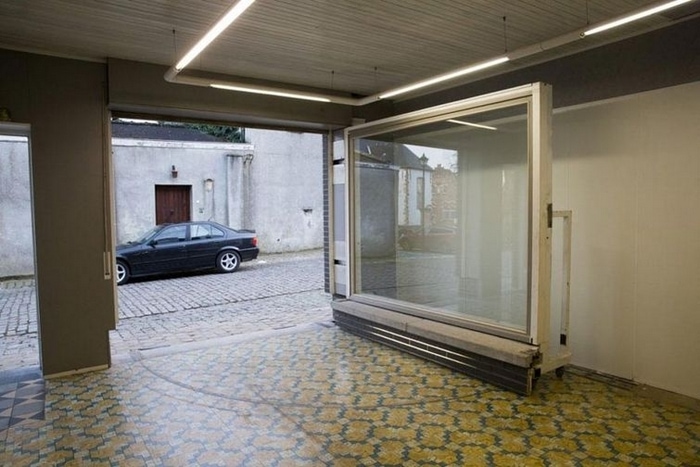 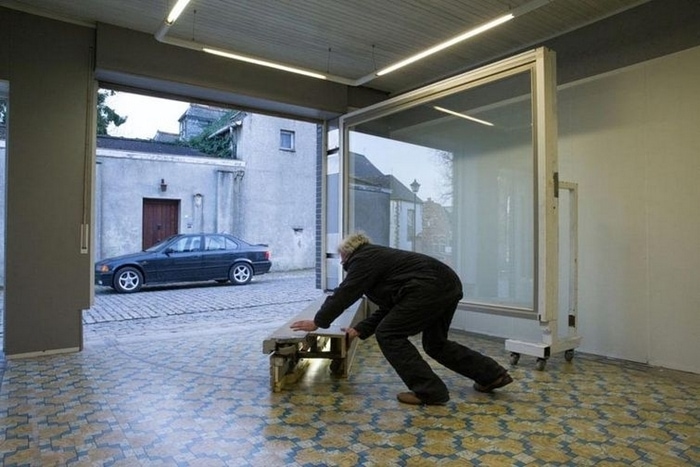 When you see these photos it may seem that the process of leaving and entering the garage takes a long old time, but according to eyewitnesses it takes no more than 2 minutes. 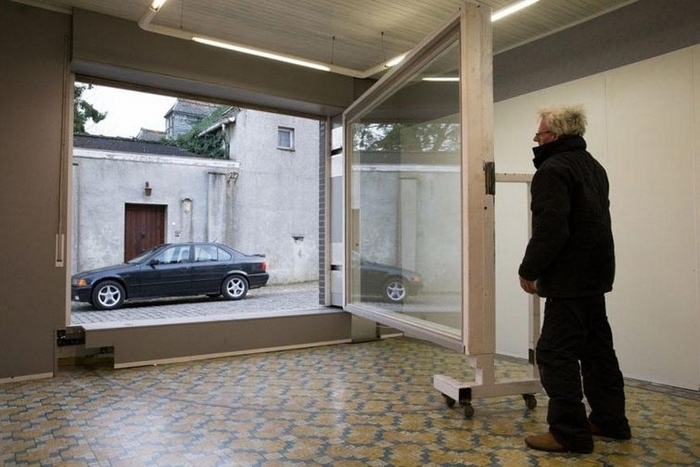 Eric did say that he thinks of installing automatic doors sometime in the future, though. 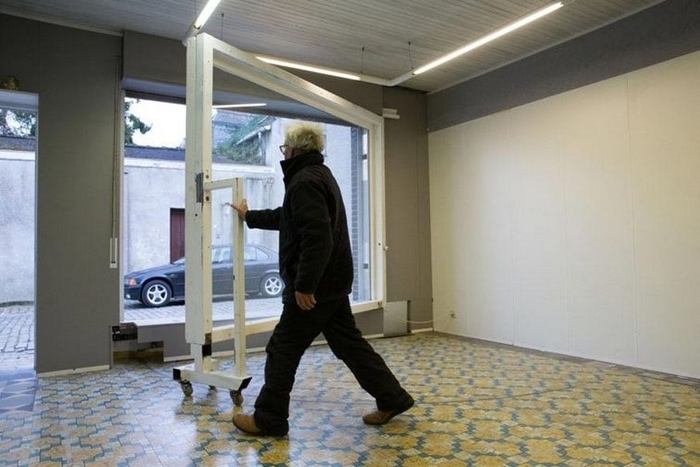 Way to go, Eric, you wily son of a gun! Preserving the view and getting yourself a nice garage in the process is no easy feat!

26 Masterpiece Drawings You Thought Were Photos