So, you know how to cook pasta. Maybe, you’ve done it a hundred times over before. But if you are ordinarily plopping a heap of spaghetti on a plate, then just ladle some sauce on top, it is a good time to re-check if you are really enjoying the great Italian dish the best way! 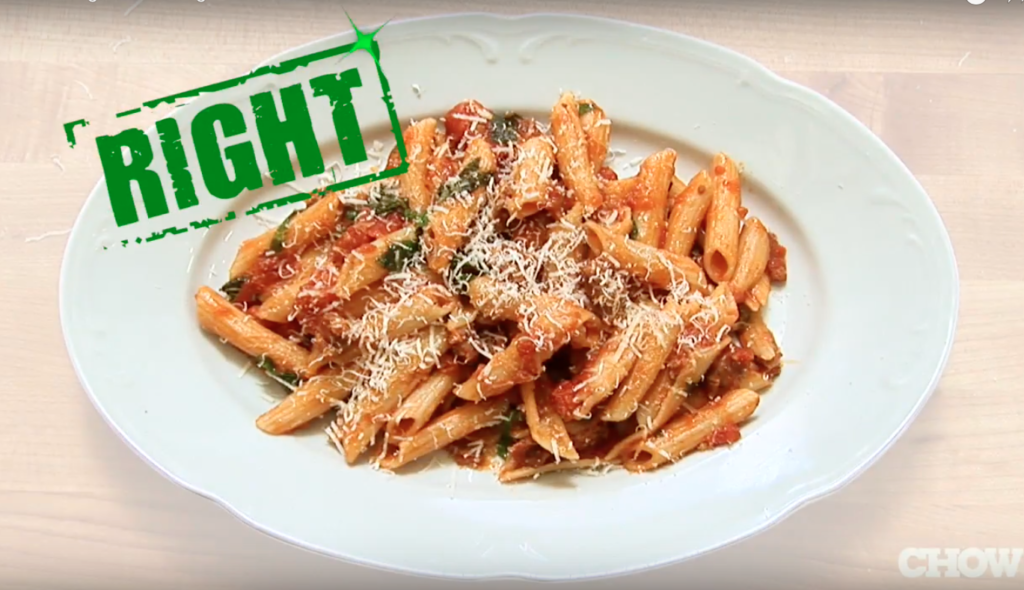 About Salt For The Boiling Water

As pasta gurus like to say, the water should be as salty as the sea. However, that is only a beautiful expression. In fact, that would amount to 2 full tablespoons of salt per 1 litre (or quarter) of water. Especially if you later decide to sprinkle pasta with parmesan, it might be tasting too salty. 2 teaspoons of sea (or kosher) salt is about right.

Some people mistakingly believe that adding oil to the boiling water will prevent pasta from sticking together while cooking. Nope. The oil will float on the surface. What is worse, it will create a sleekly oily coat during draining and not allow the sauce to properly infuse the pasta.

When is Pasta Done?

When you bite pasta and there is a slight resistance at its centre, it is time to remove pasta from water. Italiens call it “al dente”, we can say that pasta is a little bit underdone.

You see, soggy pasta doesn’t taste right. In addition, it is not healthy, because of its glycemic index rises and it’s digested more quickly.

Instead of using a colander and draining water to the sink, scoop the pasta out of a pot with a sieve. It is more convenient. Some of the starchy water after cooking can be later added to the mix of sauce and pasta to give that nice glossy look.

Combine the hot sauce and pasta in a pot over low heat for about a minute, so they both can become a great tasting stew together. Then turn off the heat.

At this point, add to the mix a little bit of butter, cheese and olive oil for creamy, silky texture.

Green herbs and more grated cheese can be added just before serving.

Here are some useful tips from Italian chef Andrew Carmellini on cooking pasta like a PRO.

Dessert to Die For